The Princess is a Mama's Girl.  She will jump up in my arms and smother me with kisses and cuddles.  Especially if Dada asks her for a kiss.

It's a bit hard on him.  He craves her love and she turns her back on him and runs to me.

I try to tell him not to worry.  One day she will realize the power she wields over him and the tables will turn.

I warn him that she is actually practicing her flirting skills and has it down cold.  The more she runs from him the more he chases after her.  It's all part of her strategy.  She may seem innocent.  But that little brain is scheming.

And now she has started to realize her power.


Upstairs is the realm of the mancave.  My husband's sacred lair.  In it lives all his many toys action figures, comic books, and video games.

It is usually off limit to the kids.  Because obviously they would mistakenly think it was their personal playground.

Recently my daughter has caught on to the fact that she can stand at the bottom of the stairs and call up to Dada.  "I wan gib you hus an kisses."  She calls sweetly.

He falls for it every time.

She doesn't even need to bat those long lashes.

Half the time she doesn't make it all the way up. 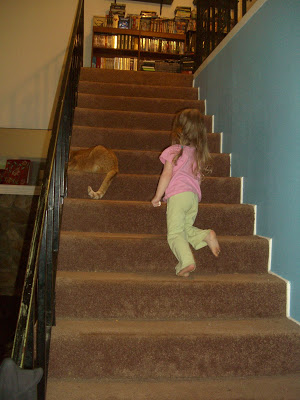 She gets distracted by the presence of Kiddy Cat.

There he lies.  King of the castle.  Looking down over his domain. 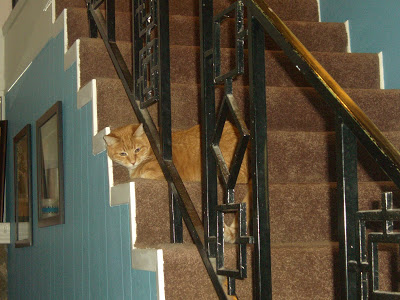 Until he finds himself tackled.  All the love she was planning on giving to Dada is suddenly squandered on Kiddy Cat.
The other half of the time she does make it up the stairs.  Then her ulterior motives are revealed.  Immediately she runs to the video game collection.

He turns to pick out a game for her. 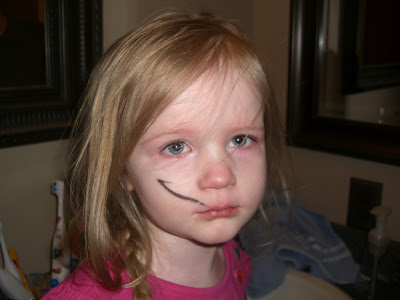 I'm not sure which is more sad.

That my daughter managed to write on herself with a Sharpie.

Or that my husband and I both had the same immediate thought when we saw her face.

We should really draw in the other side of the mustache to make it even.

It did wash off. 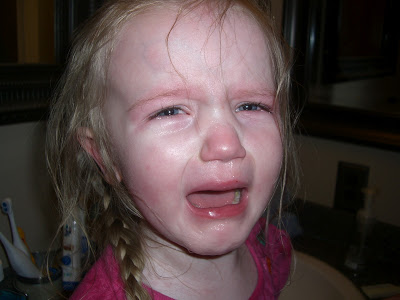 And Dada got to hug and comfort her after her ordeal.

While she called for Mama.

Posted by NonDomesticMama at 9:46 PM