Something rather mysterious has been occurring in my kitchen recently.

The other day I did dishes.  I know this in and of itself is nothing short of miraculous, but this is not in fact the mysterious incident to which I am referring.

I washed a load of dishes and then returned to unload them.  I KNOW!  Still not what I am referring to.

I had just finished unloading the dishwasher and was about to start reloading (yes, I know, STILL not what I am referring to...) when I looked down and noticed a little soap packet in the soap tray. 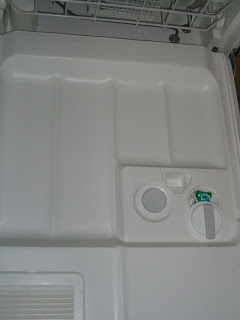 Didn't I wash those dishes?

Did I already put the soap in for the new load?

Has the dishwasher started automatically refilling the soap?

Could the dishwasher be broken and not opening the soap dispenser until after the wash?

Do we have a Dishwasher Pixie?

Flash forward to the next day.  This time I have hardly even started to unload the dishes (yes, I was doing them again, no I don't think I'm sick, though possibly losing my mind...) and I glance down.  Just as before I notice a little soap packet resting in the open dispenser. 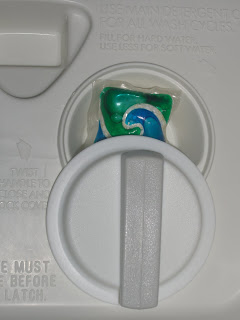 Did I already put the soap in for the new load?  I SWEAR I didn't!

Has the dishwasher started automatically refilling the soap?  Why has it never done this before?!

Could the dishwasher be broken and not opening the soap dispenser until after the wash?  Hmm, possible.  But the dishes SMELL clean.

Do we have a Dishwasher Pixie?  Starting to look more and more likely...

Am I losing my mind?!?!  Very high on my list of suspicions.

Ok, I mean I know the whole actually doing more than one load of dishes a month thing is a bit new to me.  Perhaps the stress is getting to me.  Yes, that's probably it.  Cleaning has stressed me out to the point that I am hallucinating little packets of soap into the dishwasher.


Could it be?She is sneaky.I think I may have found my culprit! 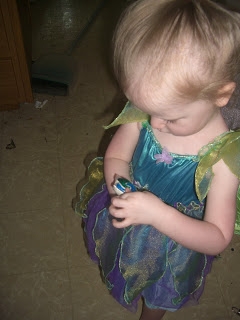 The evidence is pretty clear. 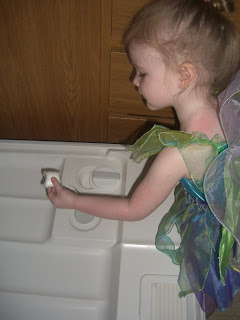 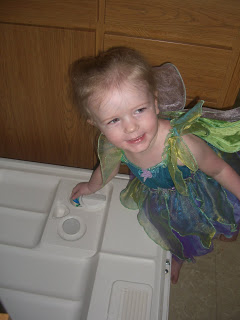 She claims to be innocent.

But those Dishwasher Pixies are rather mischievous! 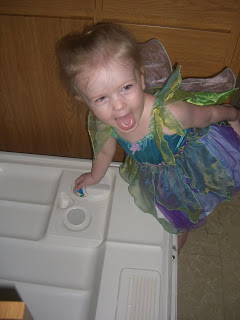 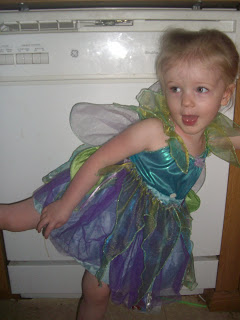 Now I wonder who could be responsible for the overflowing dog food bowl? 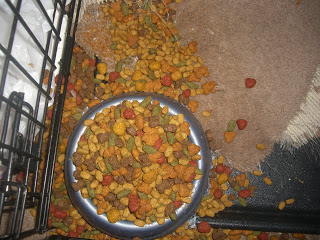 Perhaps the Pixie and Leprechaun are in collaboration on that one...

Posted by NonDomesticMama at 4:32 PM