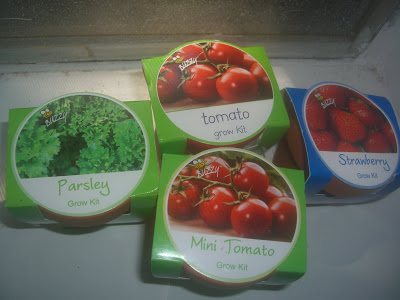 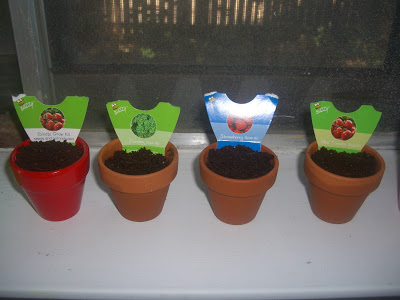 No, not just now.  A long time ago.  I'm just getting around to telling you about it.

The kits came with "Dirt Pellets" and a packet of seeds. 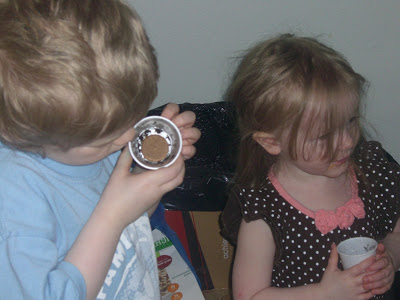 We added water to the pellet. 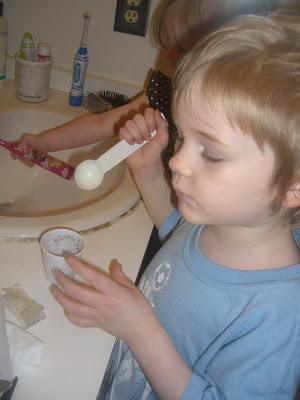 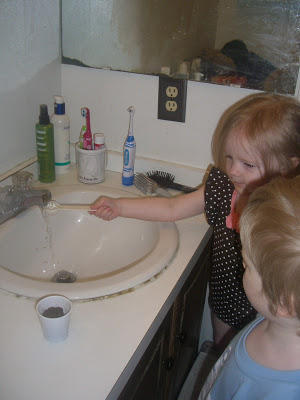 And put the dirt into the tiny pot. 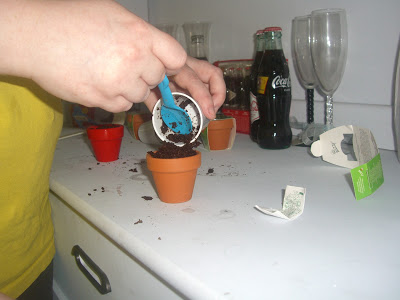 Do you think just getting regular dirt would have been easier?  I think so too.

Ready for the seeds. 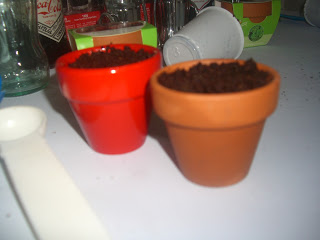 Then I used the wrappers to make markers.
Right about now you are all probably dying to know how big and beautiful they are.  So, I thought I would let you down easy.

You must admit, I did warn you.  I can't grow anything but mold in the back of my fridge.  That I am very skilled at growing.  But anything that could actually be considered desirable growth?  I have a knack.

A knack for death.

Ok, in my defense, I didn't really KILL them.  The plants were too smart for that.  That would have been way too interesting.  I might have had pictures of little plants springing up, stretching out with new life, twisting toward the light, curving, curling their way, winding, shriveling, cringing, dying.

Those little guys never saw the light of day.  They blatantly refused to even give me a chance to kill them.  They of little faith.  I guess the word has gotten out.  The spirits of all the plants I have ever neglected, or overly attended, have passed on their sad tale.  Of a life cut too short.

One of the plants was a fighter.  He decided to try his luck against my reputation.  He pushed his way forward.
Thriving against all odds.
Taking the extra water he got one day.  To make up for the lack the day after.  That little tomato plant was a trooper.  Is a trooper?

You see he is still hanging around.

But he stopped growing.  And turned all yellow like. 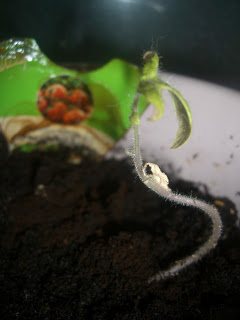 It's like he just suddenly decided life wasn't all it was cracked up to be.

One day he was shooting up and the next he was all, "Eh."

And I was sure he was dead. 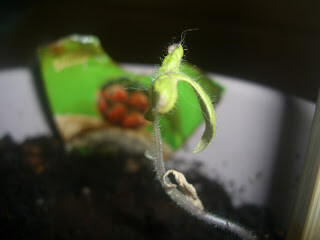 But he is still there.  Not really growing or shrinking.  Not looking better or worse.  I have no clue how to save him.  If I even can.  If it's not too late.

He has been this way for over a month!  I think it's actually been two. (Dwija I totally started this sentence with actually and then rewrote it just for you.)

When he first stopped growing I thought maybe he needed more space, so I transplanted him into a bigger pot. 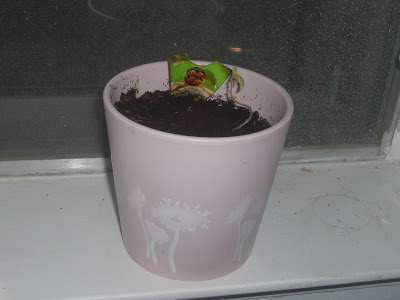 I have continued to water him the same way as before.  It worked long enough to get him this big. 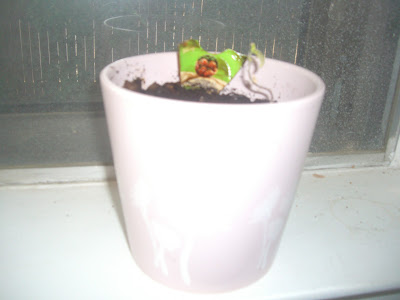 What did I do wrong?

Honestly, I think those seeds were just defective.  Or even more likely those suspicious looking "dirt pellets."  Because I also planted some Basil around the same time as the tiny plants.  I had a packet of seeds.  I had a regular pot.  I just put them in some (real) dirt and watered them. 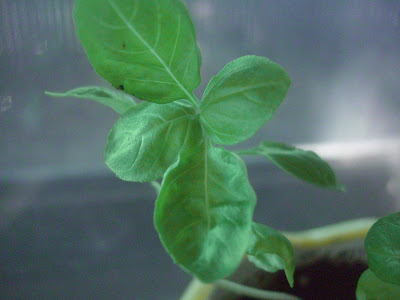 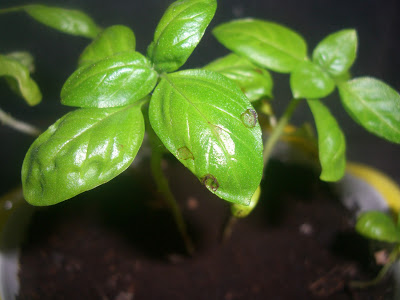 It likes me for some strange reason. 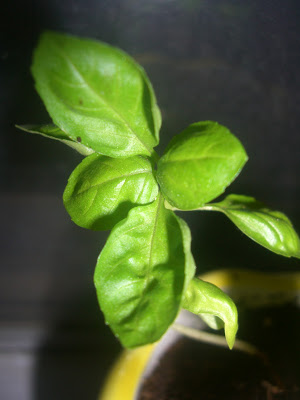 At least for now.  I'm not getting too attached. 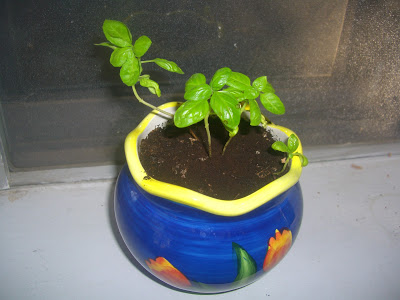 And now for one of my son's science projects I am supposed to help him grow a Strawberry plant.  It's not even just one tiny little project.  It keeps popping back up throughout the book.  Not enough to just plant the thing.  We've already done that!  No.  We have to keep checking back with it.  Recording it's progress.  Something like...

I'm thinking we'll just use the Basil as the science project.  That's one of the advantages to homeschooling.  I get the final say over science projects that may need a little tweaking.
Done and done.

Posted by NonDomesticMama at 8:14 PM