Starve a Cold, Feed a Toe 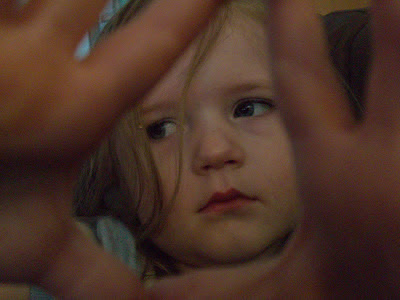 She seems to be coming down with some sort of cold.  The past couple of mornings I have heard that slight catch of a cough when she first woke up.

This morning she woke up with the nose stuffies.  They have made her rather mis-er-ble today.

She periodically exclaims, "I don' feel so good."  Or, "I'm tired but I don't wanna go to sweep."

Most of her day has been spent snuggled up on the couch under a blanket. 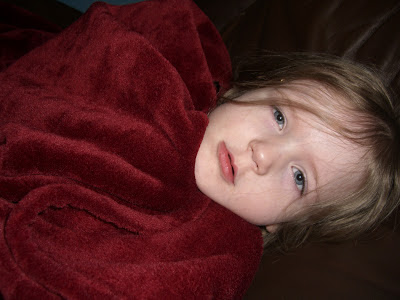 She has needed lots of Mama snuggles today.


And she is not so hungry.  Her sandwich from lunch still sits on a plate on the table.  Barely touched.
The Peanut. 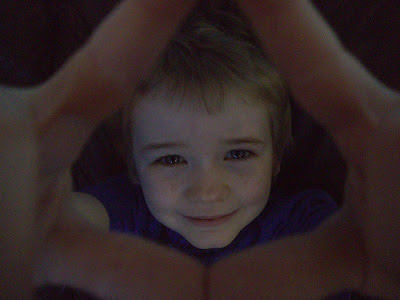 He was the victim of quite a traumatic incident yesterday.

I had gone to a meeting.  When I arrived home my husband told the Peanut to run open the door for me.

Suddenly, it flew open.  Right over top his toe.

I took one look at his toe and had to run away.

Dada took him into the bathroom to clean it up.

The toenail had bent backwards.  Halfway up his big toe.

Dada cut off the piece of toenail that had ripped up.  (Seriously that almost makes me gag just writing that.)

I wasn't much help.

I faced away from the toe and did my best not to make grimices while I hugged my freaking out Peanut with all my might.

Then to distract him from the pain, while Dada cleaned the toe, I asked him to tell me about Angry Birds.

I pointed to all the birds on the bandaid and asked him to tell me what they all did.  It seemed to work.  He got all caught up in explaining how the birds worked and I continued to act like I had never played the game before.  Every once in a while he would scream and look back at his toe and I would ask another question about birds and pigs.  If it had gone much longer I would have had to start an inquiry regarding Angry Birds Star Wars.

Today, he told me that thanks to being mortally wounded, he couldn't possibly focus on his schoolwork.  How could he spell if his toe was hurting?  Numbers mean what?  Toe throbbing! 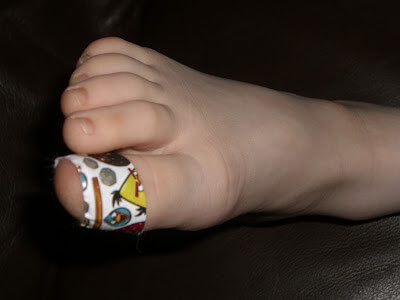 I put ice on it and managed to get a little work out of him.

Mostly though, he has been wanting to eat all day.

This morning I decided to make a nice, healthy, wholesome breakfast, perfect for two sick children.

Cinnamon rolls.  Straight from the can.  (Just in case you were getting any fancy ideas.)

Princess did manage to devour choke down two and a half.

Peanut ate three and then asked for more.

After I told him I would not make more cinnamon rolls, he ate a sandwich, cutie, macaroni and cheese, juice and crackers.  That was his lunch.  He asked if oranges were like cuties but bigger.  I told him they were very similar.  He said he thinks he would like oranges better because cuties are too small.  He then asked for a slice of leftover pizza but ended up changing his mind.

He has also asked for candy (which we don't even have) about 12 times today.  And he told me to ask a friend to come over and bring cookies, cupcakes AND cake.

*This post may contain affiliate ads.  Read my full disclosure here.
Posted by NonDomesticMama at 5:10 PM