Dwija has started a linkup asking homeschoolers to write about their favorite homeschooling item.

Pinterest!  I mean how on earth did my mother manage to homeschool before Pinterest?  But then Cari used her super ninja blogger powers to write about it before anyone else could.


What's Up With That?

I wracked my brain.

Ok, I might have to go with my printer. 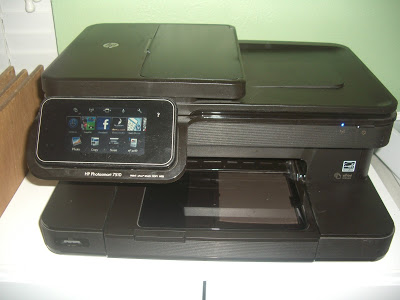 It's the best printer ever.  Dual sided printing.  Like, it sucks the paper back in and prints on the other side.  I don't have to flip it over and somehow always manage to flip it the wrong way, resulting in printing upside down or worse, back over the original side.  It's a pretty awesome printer.

Especially for printing all those great worksheets I find on Pinterest.

Well, maybe I will pick my laminator. 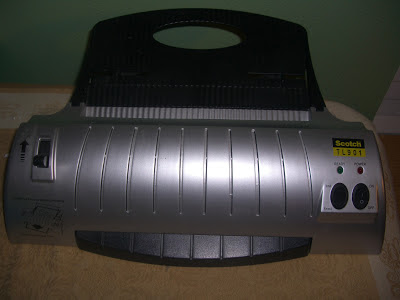 Love that thing.  So awesome to take the worksheets and laminate them so the kids can use dry erase markers and write on them over and over again.

Awesome for all those great worksheets I find on Pinterest.

You know what I like even better than dry erase markers?  Dry erase crayons.  They don't dry out or leak.  No spots on clothing or carpet.  Good stuff.

Especially for all those great worksheets I find on Pinterest.

I walked over to the Peanut's desk to take a look at some of the tools we use regularly.  Hoping it would trigger a stroke of genius.

His math book was on his desk along with his math manipulatives. 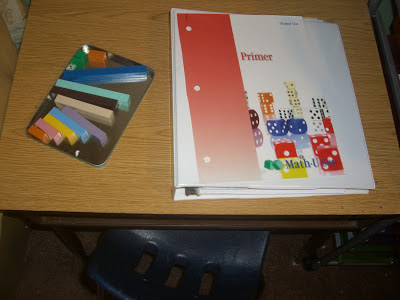 Inside his desk he had his other schoolbooks. 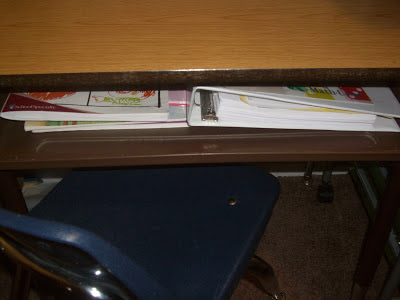 If there was only something on his desk that we used every day and couldn't do without.

Something he used every day while sitting at that desk doing his schoolwork.

Somewhere on or in that desk.


DESK!
I do so love that desk!

Once upon a time, a long long long time ago.  Well, maybe not that long.  The desk belonged to my sister.  I had an identical desk.

We would sit at our desks and do our schoolwork.  I vividly remember my first year of homeschooling, (I was in 3rd grade) sitting at my little desk in the entry way hallway, right next to the coat closet.  Doing my vocabulary or spelling or whatnot.

Eventually both desks were moved into my bedroom.  Later when we were bigger the small desks were replaced with larger desks.

My wise mother kept both desks and now I have the smaller one and will be getting the larger one next trip.

Both desks are actually the same size but the legs adjust. 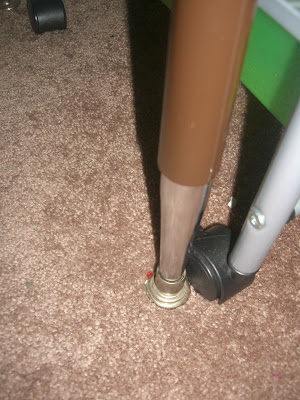 My desk does have a larger chair. For now the Peanut uses the desk. And when I get the larger one he will move to that and the Princess will take over this one. 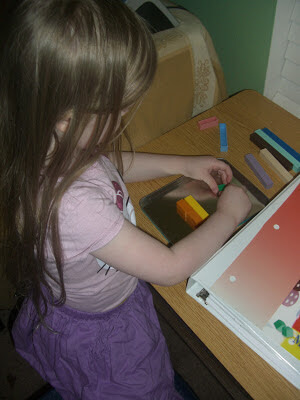 I know they could easily sit at the dining room table and do their schoolwork.  Which is what they did before I got the desk.  For now the Princess works at the big table while the Peanut uses the desk.

The problem with having both of them at the table was that the Princess was very skilled at distracting the Peanut.  He has a hard time (nearly impossible) focusing on his work even without her interference.  Having him at a separate desk has really helped.  It was nice for her being at the same table because she did learn quite a bit from watching him work.  Unfortunately, she could not understand why she couldn't just write her answers in his book.  Or a drawing.  Or some scribble.  Nothing was more frustrating for him to finish his work only to have her lean over and draw all over it.

It was also not very ergonomic.  The chair was too big and the table was too high.  Not that he sits in his seat perfectly now but at least he isn't forced to sit on his knees just to see his work.  Now, since the desk legs are adjustable, it's always the perfect height.

Another frustration was trying to keep all his books and tools together in one place.  If I put them where he could access them, the Princess would move them.  If I put them up high, he would have to wait for me to grab a book for him.  And trying to put them in the same place on the shelf never really worked.  I would have mornings where he sat and waited while I searched.  Where did I put that book?  This bookshelf?  That bookshelf?  That table?  This table?  Under the table?  Did something get put on top of it?  (Pssst, organizationally challenged.)

Now he can just pull a book out and when he is done he just puts it right back in his desk.  He even has a place to keep his pencil or crayon if he has to get up.  (Which only really works in theory.  He gets up about 50 times a minute and NEVER remembers to put the crayon back in it's spot.  When he gets back he has to spend several minutes crawling around under the desk searching for it because it rolled off the desk onto the floor.) 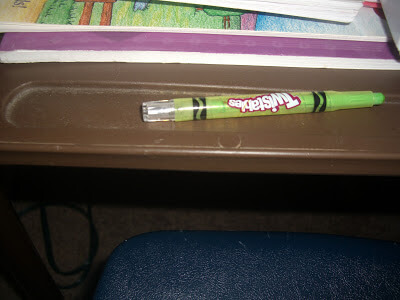 He also has a pencil box with his own crayons to put in his desk.  No more searching for crayons after the Princess carried them off somewhere to color.

I will admit it's a bit small to hold both his math book and his manipulatives.  They are always getting knocked off the edge.  We are eternally searching for those little green "ones" pieces.  It would probably help if I actually had it against a wall but I thought the window would be nice for the natural light.  We should probably just do math at the big table but instead I have started putting only the manipulatives he needs in a tin lid.  It helps a bit.

When the kids get older I know we will either have to get larger desks or go back to the table.  By that time I hope they will have mastered the art of not distracting each other too much.

Hey, I was homeschooled.  I know how that works out.

By that time perhaps they will have younger siblings to take their places at the desks.

*This post may contain affiliate ads.  Read my full disclosure here.
Posted by NonDomesticMama at 10:19 PM