What Happened to Thursday?

You might be wondering, as I was, what happened to Thursday.  I have a few theories.

It is quite possible that it moved itself to the beginning of the next week.  Maybe it was just me not wanting to miss yet another Friday but all that week I was convinced every next day was Friday.  Wednesday especially, I was sure "tomorrow" was Friday.  Maybe that week just seemed longer, or maybe, just maybe, it really was longer.

I have another theory though.

Awhile back, possibly even a year ago, I had another trash taking out incident.  On this particular occasion I did not forget to take out the trash.  I remembered.  As I recall, I was quite proud of myself in fact. 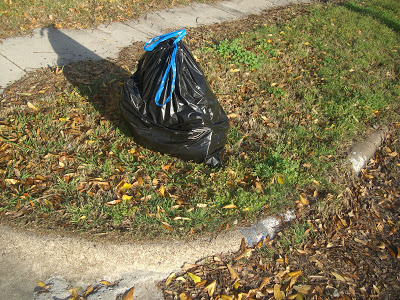 Do you start to get the impression that I forget often?

That morning I woke up early, gathered up all the trash, and took it out to the curb.  As I walked back in the door something started nagging at me.  Something just hadn't looked right.

Possibly it was because I usually don't get the trash out that early and was unused to seeing the street light still on in the dim foggy early morning.  But something else just didn't seem right.  It seemed like something was missing.

I puzzled over the mystery throughout the day.

Perhaps a neighbor had made some kind of change to their house.  Painted?  Cut down a tree?  What was it?

I couldn't quite put my finger on what my subconscious was trying to tell me.

Suddenly it hit me.


There was no other trash.

None of the neighbors had remembered to take out their trash?

The trash had come exceptionally early that day and, even though I had taken it out earlier than ever before, I somehow managed to miss the truck?

Or, maybe it was only Thursday.

You might assume I went back out at that point and pulled the trash back off of the curb.  You would be wrong.

That would have been way too embarrassing!  Better to let the neighbors think I just had to get a day early jump on trash day.  After all, it had already been out there almost a full day.  What would a few more hours hurt.

Now , I am pretty sure that week had an extra Thursday.  It's the only explanation really.  The morning after Thursday, I woke up and took out the trash.  I just didn't get the memo that there were two Thursdays that week.  The Thursday, stolen from the week I painted the homeschooling room, and added to the week I remembered to take out the trash.

Clearly that is the only possible explanation.

Posted by NonDomesticMama at 9:01 AM