My Most Important Contribution

"You know, the world may never see me as some big hero but maybe someday my son will." - Cat Grant, Smallville

I never will be.

I will also never be rich or famous.

I won't climb the corporate ladder or have a corner office.

I will not be considered successful as the world defines it.

I will not change the world.  At least not directly.

I am not a superhero.

Except maybe to my kids.

See there was a time when I felt like I had to do all those things.  I felt like I had to make my mark on the world.  I thought of all the people who had made an impact on my life but would never know.  I wondered if I had ever made that kind of impact on anyone.  Did anyone ever think of me and say, "because of her I was able to" or "she brought out the best in me" or "she made me see . . ." or was I just a passing acquaintance? One of my biggest fears was the idea that someday when I died I would be forgotten.  It would be as if I had never existed.  I never made a difference.

We are raised with the idea that we can be whoever or whatever we want to be.  There are no limits.  It doesn't matter where we are coming from or what we start out as.  All that matters is who we become.  So with all that potential and all the opportunities just out there waiting for us to "seize the day" we can't help but achieve greatness.  If we don't - if we fail we only have ourselves to blame.

I remember vividly when the cold hard realization sank in.  Opportunities would not just throw themselves at my feet.  Up until that point in my life it just kind of happened that way.  I finished high school not really knowing what I was going to do next. Then I was flooded with college information packets all begging me to consider them.  I picked one, applied and got in.  It was easy as that.  I fully expected the same thing to happen after I graduated college.  I literally expected to have that dream job come knocking on my door begging me to utilize my previously unknown but nonetheless brilliant talents.  I was going to leave my mark on the world.  I had no idea what that job or talent might be but I knew it was out there.  I had this huge box of potential just waiting to be unlocked.

Ok, so I was actually going to have to make an effort.  Not only was I going to have to make this effort but it would be for something I didn't even want to do.  I was the one who would have to do the begging.  Then I would have to continue on day after day striving for mediocrity.  If I continued to stay on course someday I could even move up to another position I really didn't want all so that I could be in line for something else I wasn't looking forward to.  At least it would fill the time and more importantly pay the bills until I could figure out what the heck I really did want to do with my life.

Then I became a mom. 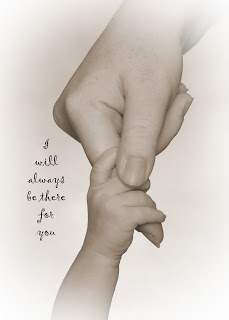 Most importantly I changed.

See I get it now.

I had it all wrong.

It's not about the world remembering ME or what I have accomplished . . . and that's ok.  I have made my contributions to society and let me tell you they are incredible.


I gave life to my two beautiful and very talented children.  They are my accomplishment.

I have the most important and most rewarding job in existence.  The ladder doesn't go any higher and the perks don't get any better.  I am responsible for two little lives.  I have the privilege of watching them grow up.  I get to guide them and help them discover and unlock their own potential.  They are the ones who will remember me and know that I made a difference.  If I do that job right I will be a success.

I will be their superhero.
And THEY will change the world.


What do you consider to be your greatest contribution?
Posted by NonDomesticMama at 3:59 PM