That Time I Was the Furious Mom

Yesterday, I read this post and it reminded me of a specific trip I took to the grocery store when the Peanut was a little guy.  I don't remember exactly how old he was but my daughter wasn't born yet so he would have been younger than two.

About half way through my grocery shopping he started throwing a huge fit.  And let me tell you.  He was the master of the fits.  The blood curdling shriek kind of fits. 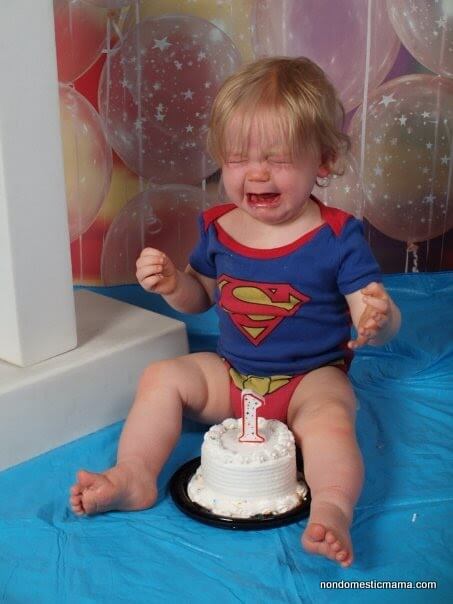 Once he got started, there was just no stopping him.  That put a quick end to my shopping trip.

And I think only a parent can really understand the frustration of having to leave a grocery store without all the groceries.

Anyone with kids knows what an ordeal grocery shopping can become when you have to take little kids along.  There is never a quick trip for essentials.  Just getting to the store is a colossal effort.  You have to get the timing just right.  Not nap time, not food time, not grouchy time, not poopy time.  You have to find the time when your baby is the most likely to let you get through the store without incident.  That time doesn't actually exist but you make your best effort.  Then you have to get yourself and the baby dressed, pack up all the necessary gear, diapers, wipes, entertainment, food items, pacis, anything that will keep that baby happy.

Load it all up in the car and get yourselves out the door.  Which is right when the baby will need a diaper change.  Back in, change, back out.  At this point, you are running much later than you thought you would be and it is encroaching dangerously in on nap, feeding, grouchy time or worst of all poopy time.  There is nothing worse than a poop explosion at the grocery store.  Don't ask me how I know that.

By the time you have done all the work of getting to the store, you better bet you aren't just going to grab that one thing and get out of there.  Because that would mean having to go through all the preparation AGAIN, another day, for the rest of the groceries.  Nope.  Not even gonna happen.  Once you manage to get there you better get everything.  As in anything and everything you will need for the next month, year, however long you can make it before items would start to actually spoil.

There is no greater tragedy than getting home and realizing you forgot that one essential item.  Because there is no going back.

How many times have you heard or even thought, "If my child ever threw a fit like that we would just leave the cart and walk right out of the store."

Most people say phrases like this all the time.  Until they actually have kids.  I'm guilty of it myself.  I promised myself I would "never be that parent."


It's far easier said than done my friends.

Because leaving would mean taking that unruly child back home to a place where not one single scrap of toilet paper exists.  Tissues?  You have already used them all.  Anything that could possible serve already has.  And you are also out of diapers.  Along with multiple other essentials.

Which is the whole reason you were at the grocery store to begin with.  You put that trip off until the very last possible second.

And that is why, when your kid throws that fit, you can't just abandon the cart and leave.

Not to mention all those frozen foods sitting in that cart melting until someone who works at the store has to go put all your items back up.  Rude much?

Mainly, you realize that you would just end up having to go back again later for a repeat performance.

If you don't have kids you are probably thinking, "my child would never."  Hahahaha.  We all thought that once.  They will.  Trust me, they will throw that fit.  If you are lucky, it won't happen often.  But when it does, it will be epic.

When the Peanut commenced with his huge meltdown, I couldn't just cut and run.  I had to dash through the aisles grabbing the last few necessities and head for the check out line.

With the screaming child.

Needless to say, we attracted a lot of attention.

Can you picture the look on my face at that moment?  It was even worse than you imagine.

I was seeing red.  It usually takes quite a bit to put me in a rage.  I was there.

And you can bet that "I will never be that parent" mantra I had so glibly proclaimed before children what racing through my head, mocking me.

I did my best to keep my head down and avoid eye contact as I fumed but out of the corner of my eye I could see the heads turn as we flew past.

I quickly made my way out of that store, expecting the looks.  You know the ones.  The judgmental glances.  The "why can't she control that child?" roll of the eyes.  The "if that were my child" raised eyebrow.  Ever so helpful, let me tell ya.

Instead, I passed stranger after stranger who gave me the, "I feel your pain, mama" encouraging half smiles.  The "don't worry, it does get better" nod.  And a few "I wouldn't want to be that kid right now" smirks.

And the fury melted away.

I was still angry.  But I was actually able to take it all into perspective.

All these years later, I still think of those strangers who took a moment to give me a smile of encouragement rather than a look of judgement.

And I am thankful for them.

Which is why, when I see that angry mom in the grocery store or "the Furious Mom in the Target Parking Lot", or that desperate parent wrestling with their little one at church, I make sure to give a sympathetic glance. An encouraging look. Maybe even a word or two to let her know it does get better. Someday your kids will grow up and even become helpful at the store.

Or at least that's what I'm told!

*PS  I already had this written and scheduled to post when I read about this incident.  Obviously the punch in the face was not the right response but how differently could things have played out if that mom had gotten a little empathy rather than the unhelpful "advice."  Because kids don't come with a mute button.  Really.  I checked.