Now we really are more than half way through!!!

Today, it is time to de-hoard the Hutch thingy in my kitchen.

It is actually made up of a mismatched shelf on top and some kind of office furniture thingy on the bottom.  I bought them at a thrift store and then painted them with a can of oops paint.  The paint has not held up that well and it's also really hard to clean so I really should repaint it but for now I just overlook all the scuffs and stains.

The kitchen was really needing more storage and counter space.  This was my solution.

And it's a huge mess. 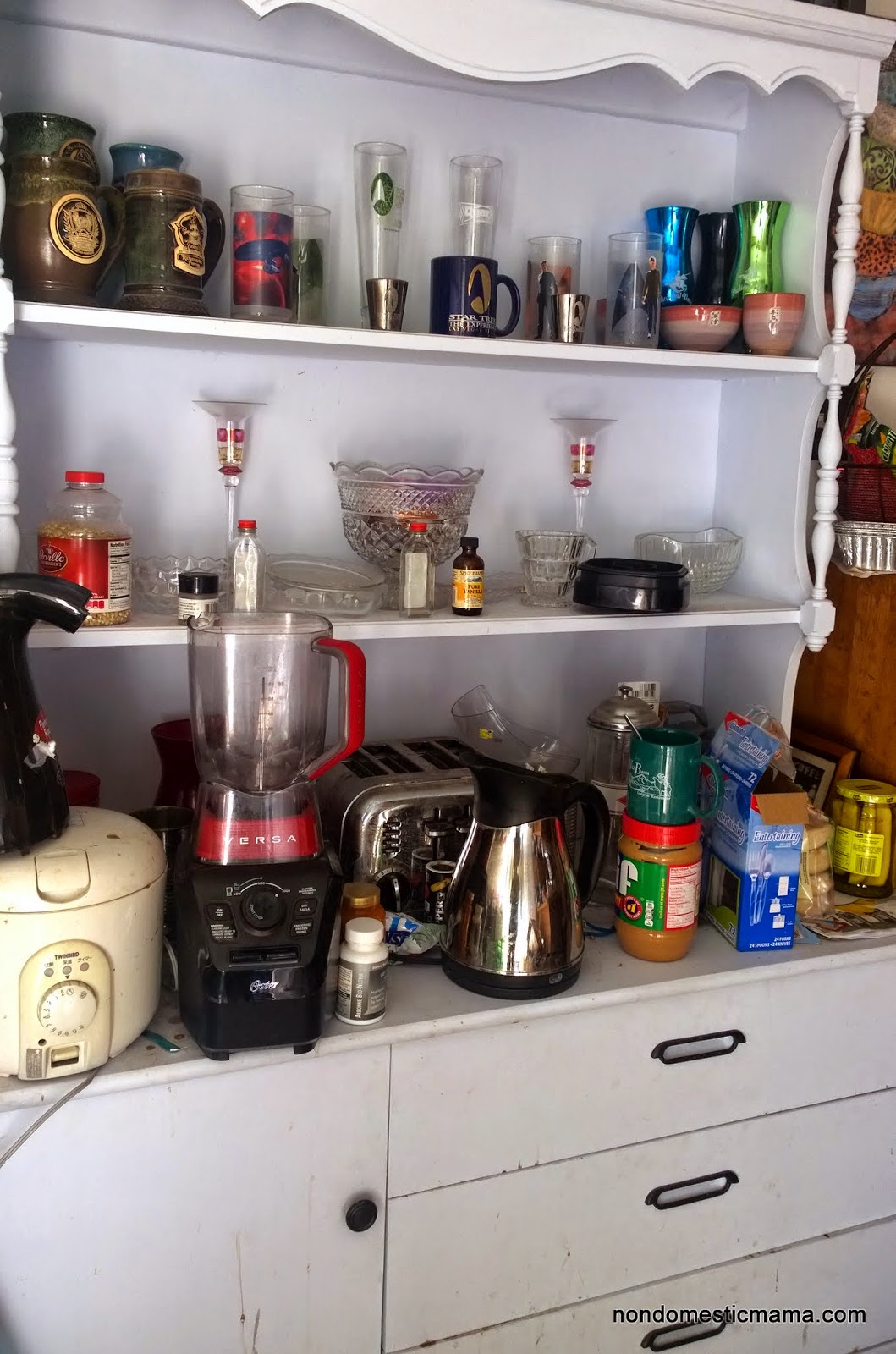 I guess that technically counts as cleaning but I made an exception.

And some empty cans.


They are left over from Thanksgiving last year when I had the brilliant idea of putting all the silverware in labeled cans.  That way it looked pretty and everyone had access to what they needed.  Rather than setting the table with it and then washing lots of silverware no one actually used.

I guess I kept them to use again next year.  But the cans were from all the food I cooked on Thanksgiving.  Which means there will be more to replace them this year.  So, why have I been cluttering up my space with them all year? 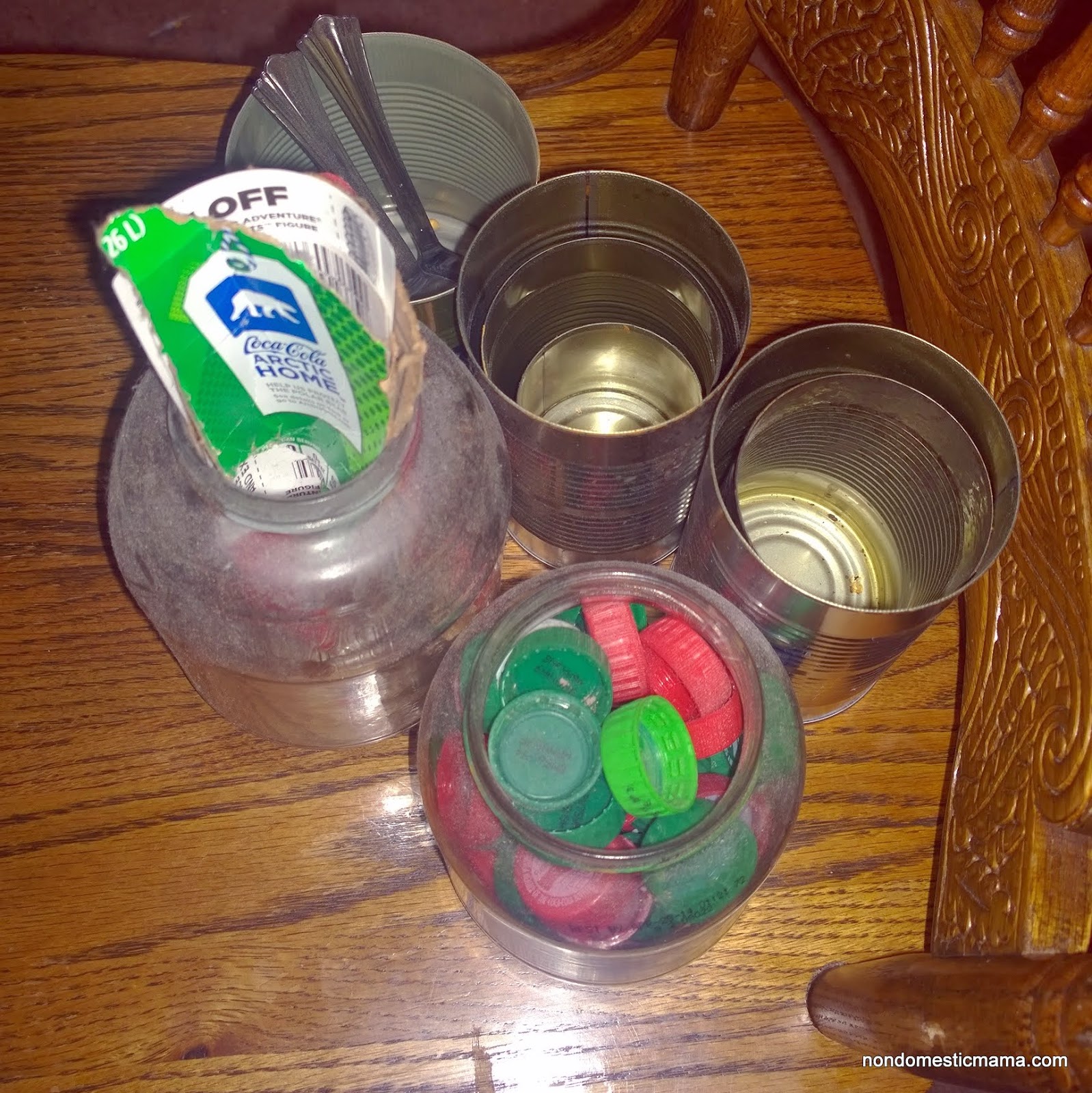 And tons of Coca-Cola lids.  This time my husband is at fault.  He was collecting them for the codes and we started keeping them for him and putting them in a jar.  He never took them and they just kept adding up.  So, he is going to take them or I am going to trash them.

While I was at it I went through the drawers and the cabinet like space.  Mostly stuff I use but we did recently get a new muffin pan.  My husband didn't think we owned one.  We owned four.  Fortunately the new one is bigger and better than the old ones.  So, I got rid of two.  Keeping the new larger pan and two silicone ones because I just love silicone.  After all, there are only so many muffins that will fit in my oven at one time.  Guess it was about time to replace old rusty anyway. 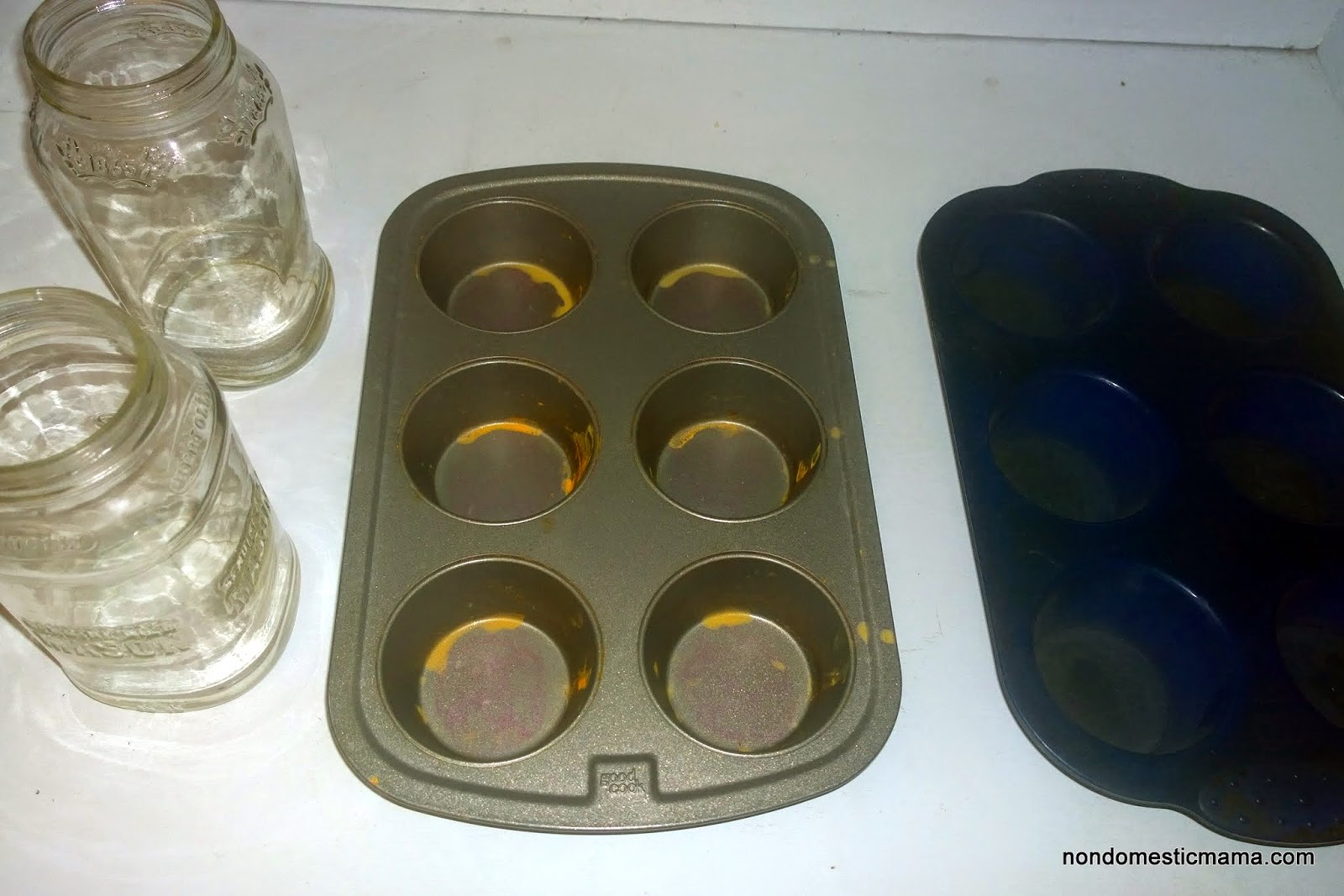 And two jars that were hanging out in case I ever needed them.  Because, much like cans, it's always so hard to find a glass jar when you need one.  You know.  In a glass jar emergency. 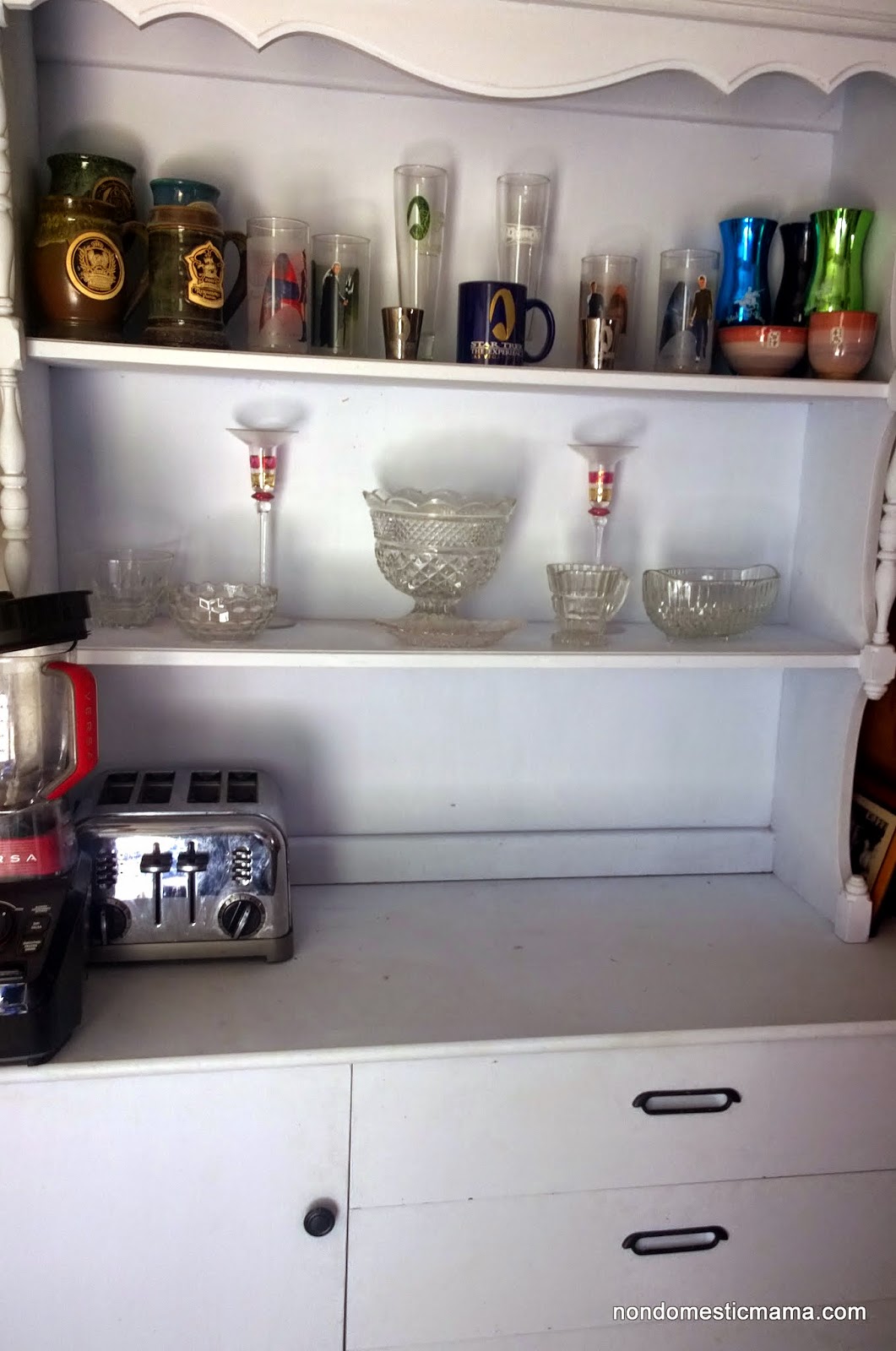