I have really not been looking forward to today's project.

I tend to overwhelm myself before I even start something.  I look at a project, tell myself that will be so much work and just keep putting it off.

The bookshelves are new this year.  I had been searching for just the right thing to put between the windows in my dining room area.  I knew I needed some storage for all the homeschool books, art stuff, office stuff etc.  I also needed a place to put things like my laminator, pencil sharpener, cd player.  I had a plan to put cabinets all along that wall.  Maybe even store some dining room stuff in them.  The problem is that the cabinets I had in mind were about $80 each.  I needed 3 or 4 of them.  I planned on buying them one at a time.  It just never happened.  There are so many things on the list of things we need that rank higher than cabinets.

At the beginning of this year I was getting really frustrated at the lack of places to put all the homeschool stuff.  I kept thinking about how much we needed more bookshelves.  If only I could find a place to put them.

I can be a bit dense sometimes.  I get an idea in my head and have trouble seeing any other possible solutions.

And the bookshelves were a much better solution.  I got shorter bookshelves so I could have the space on top to put my gadgets.  Three bookshelves fit very nicely between my windows and cost less than one of those cabinets I had my heart set on.

They were also a bit narrower than the cabinets which helps because the dining room table is right next to them.  That gives more room for chairs to be pulled out.

The problem is, I got so excited about my new shelves and quickly threw everything on them without really going through it.  I knew there was plenty of junk on there to go through but I was just so ready to get it out of the way.  I didn't take the time to really sort through it.

And so we come to today's project.  And the reason I was dreading it. 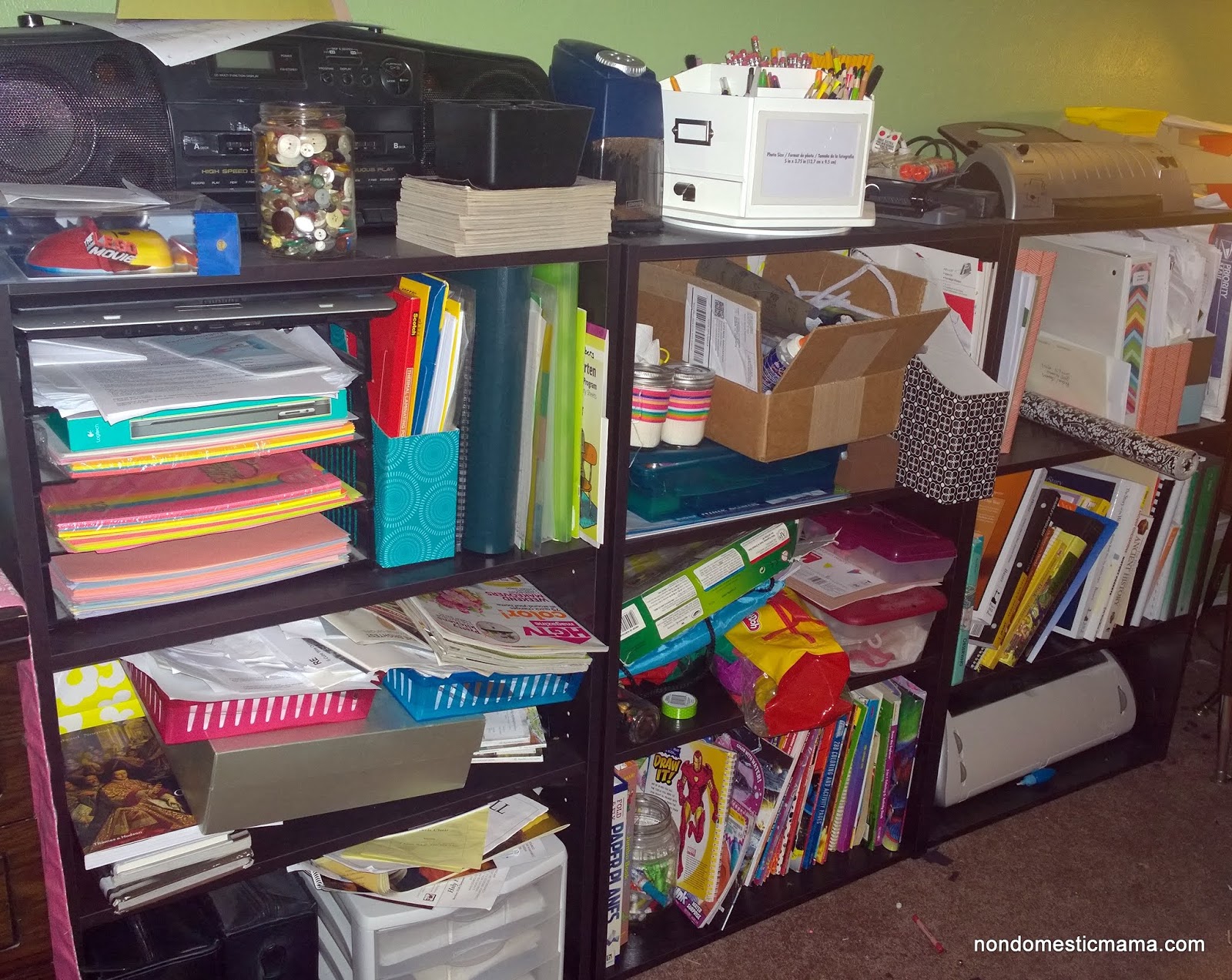 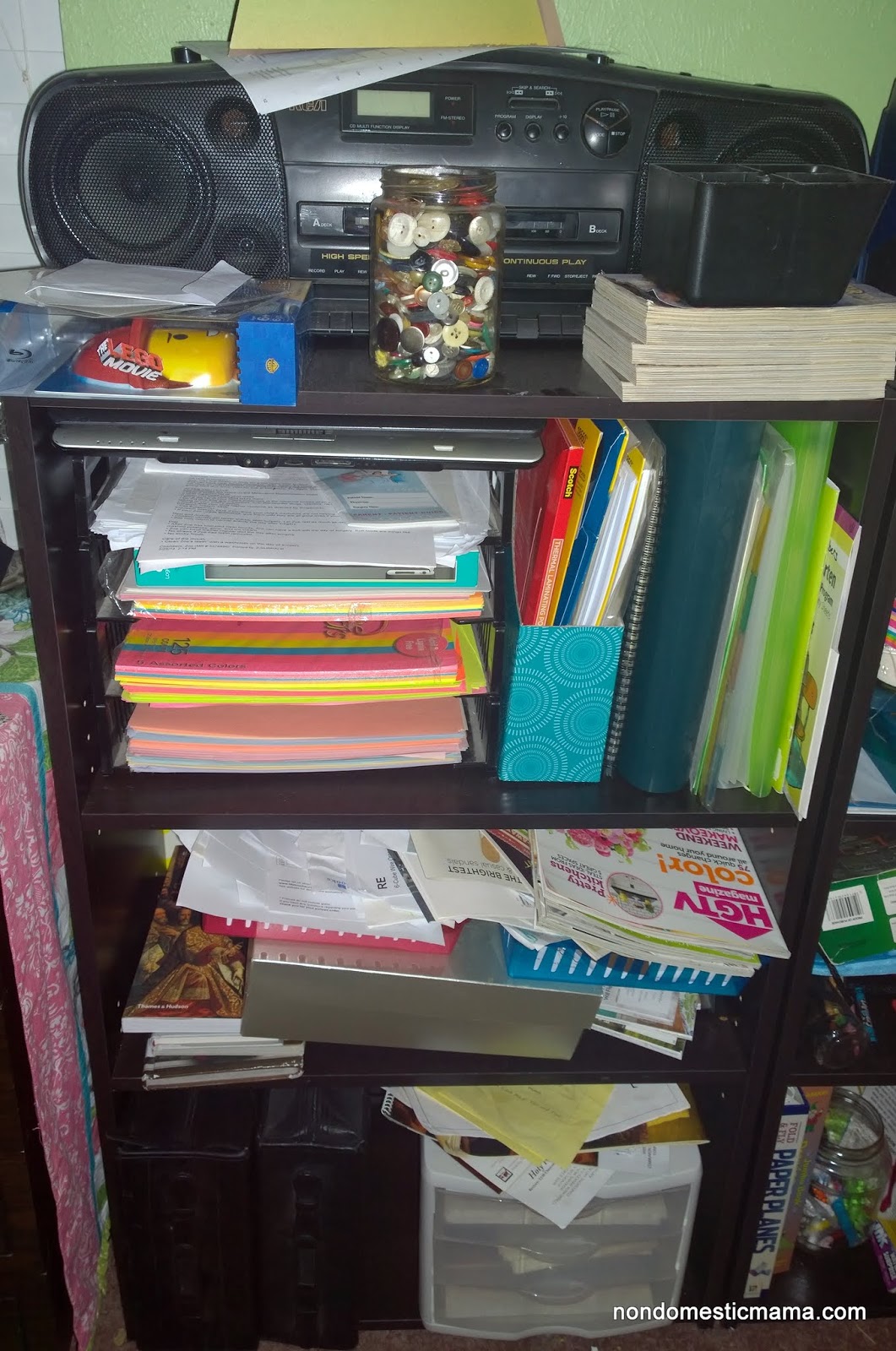 Starting with the office supplies shelf.

Oh, did you notice the magazines. 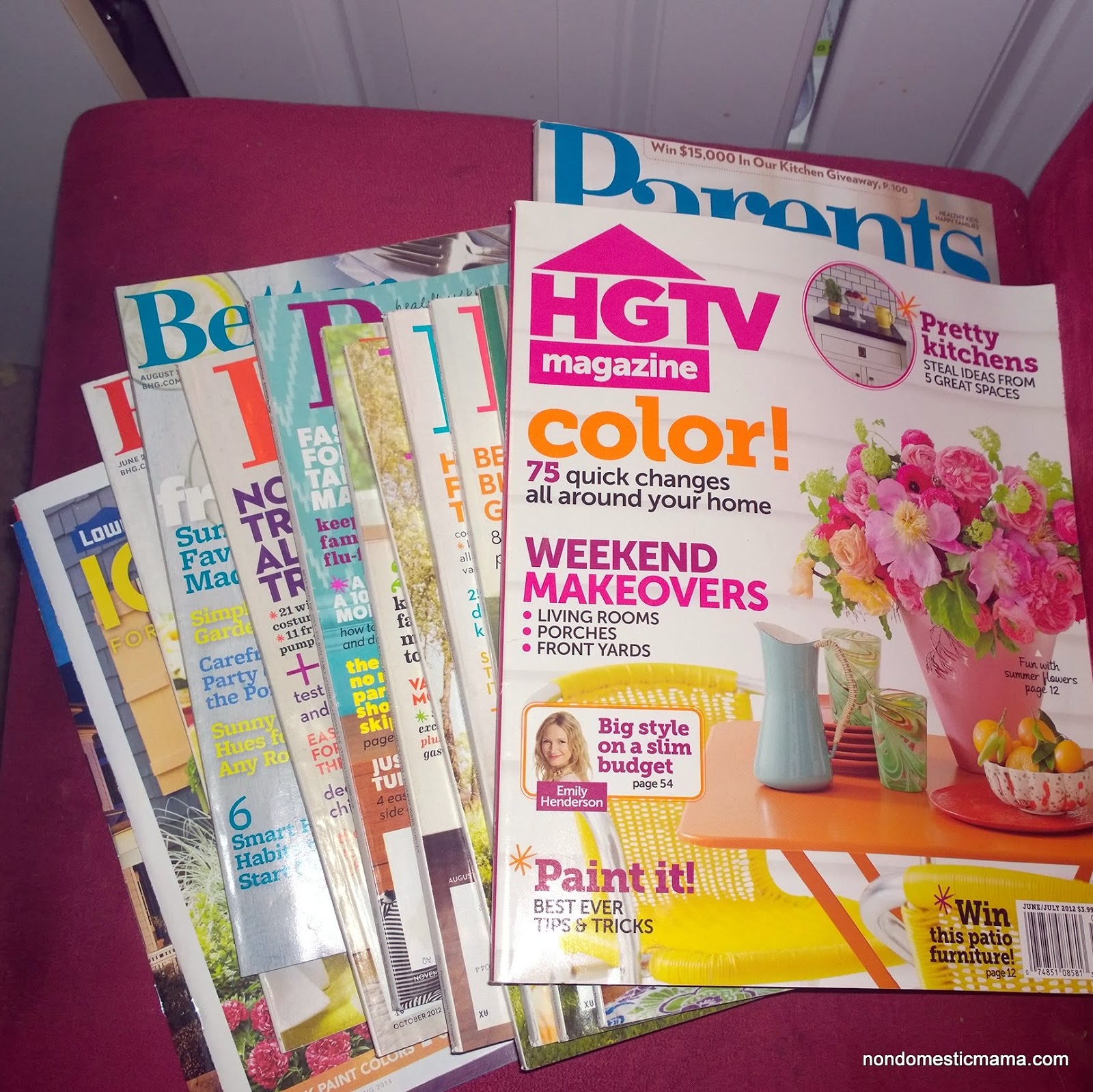 Yes, I have a problem!

That one on top is my favorite.  But I actually have that same issue on my Nook.

That's another big pile of magazines. 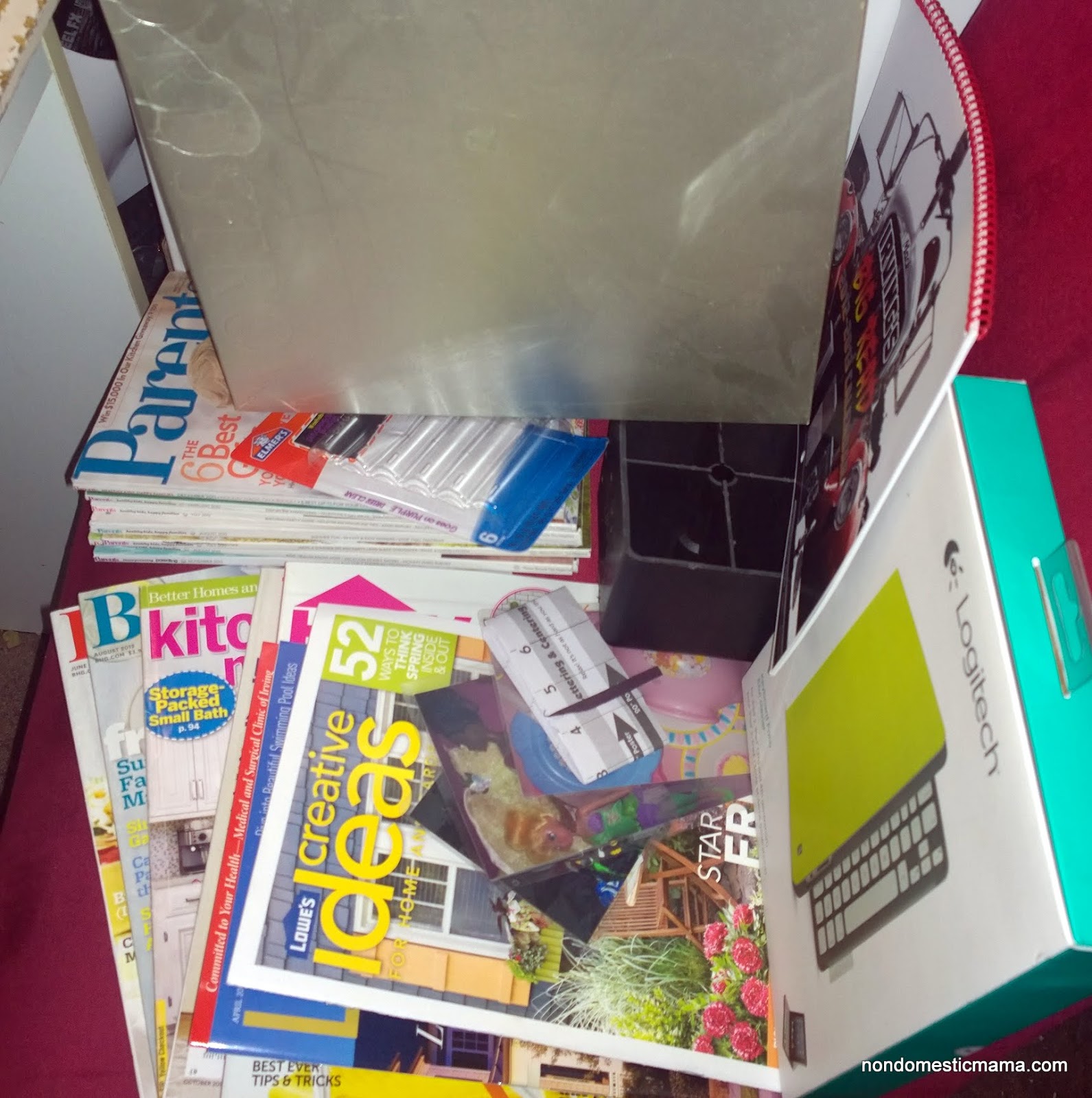 Look at all that junk.  I just had shoved on the shelf! 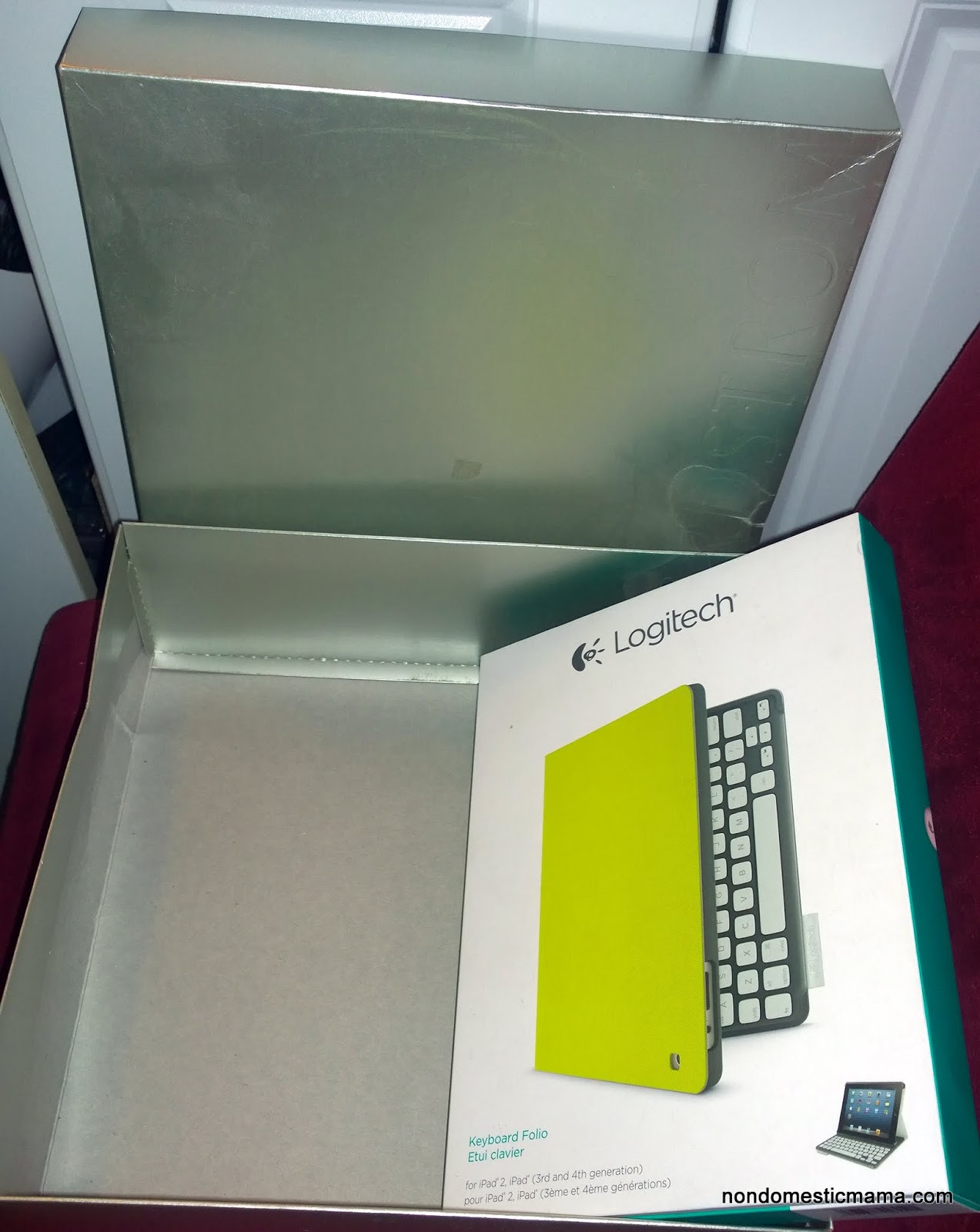 Empty boxes.  Not even kidding.  They were just sitting on the shelf with nothing in them.  Because you never know when you will need an empty box to store all the stuff.

Wondering what this thing is? 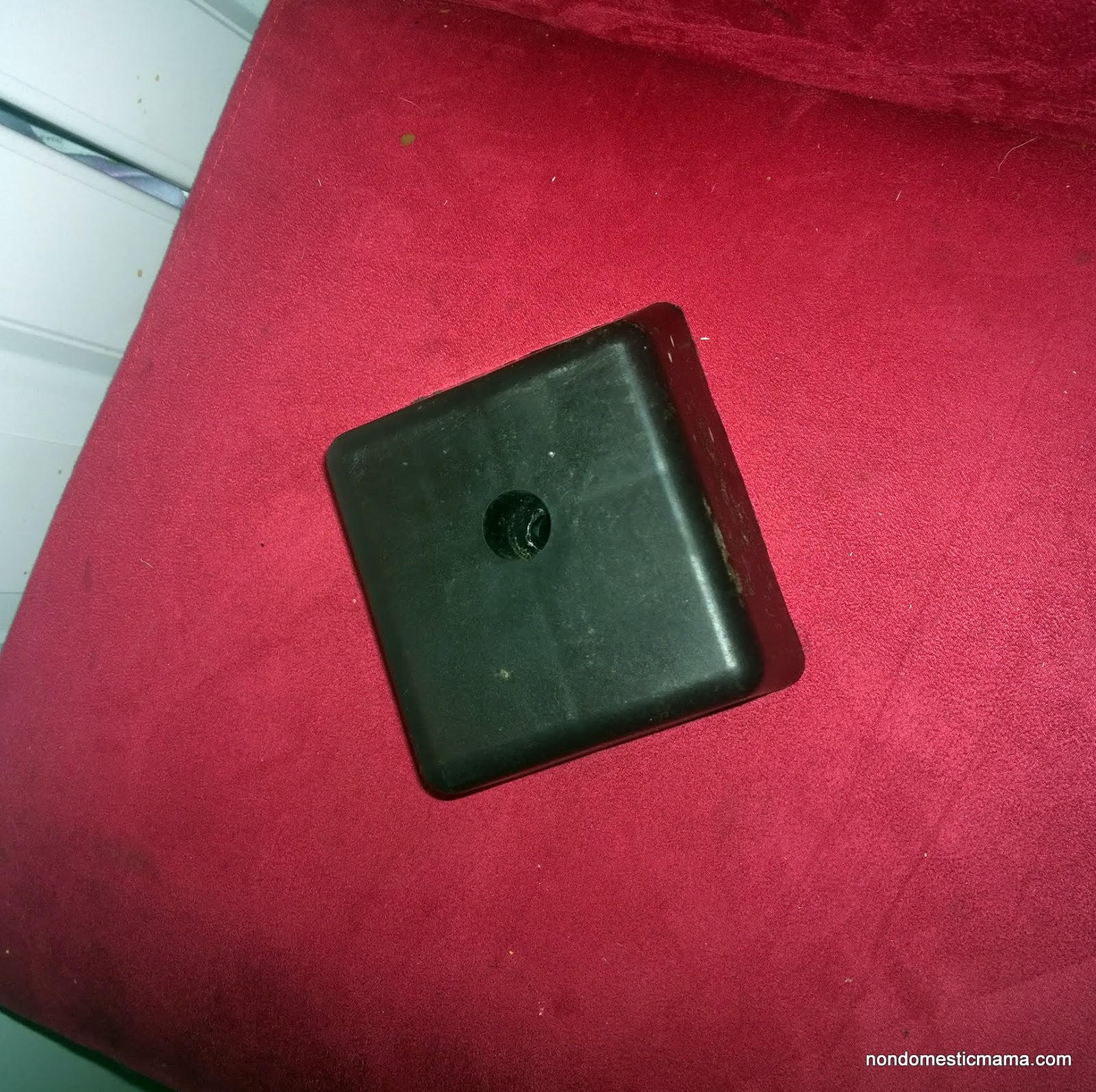 It's the foot to our old couch.  Because why wouldn't we keep that?  I promise I wasn't actually keeping it on purpose.  It just got stuck there at some point and I never really noticed it in the sea of other stuff.

Well, that went quicker than I thought it would.  Way easier than I had built up in my head. 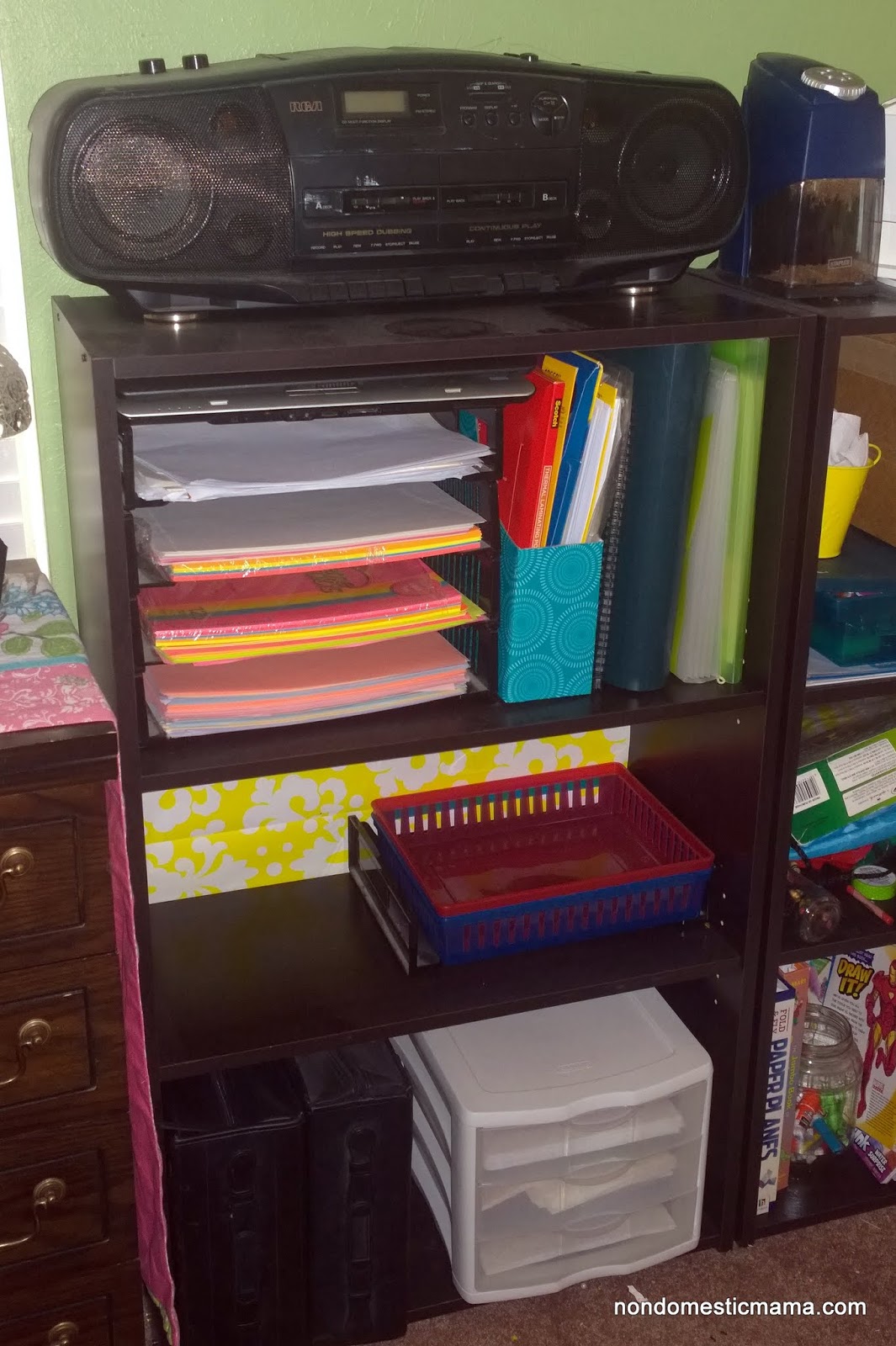 On to shelf two. 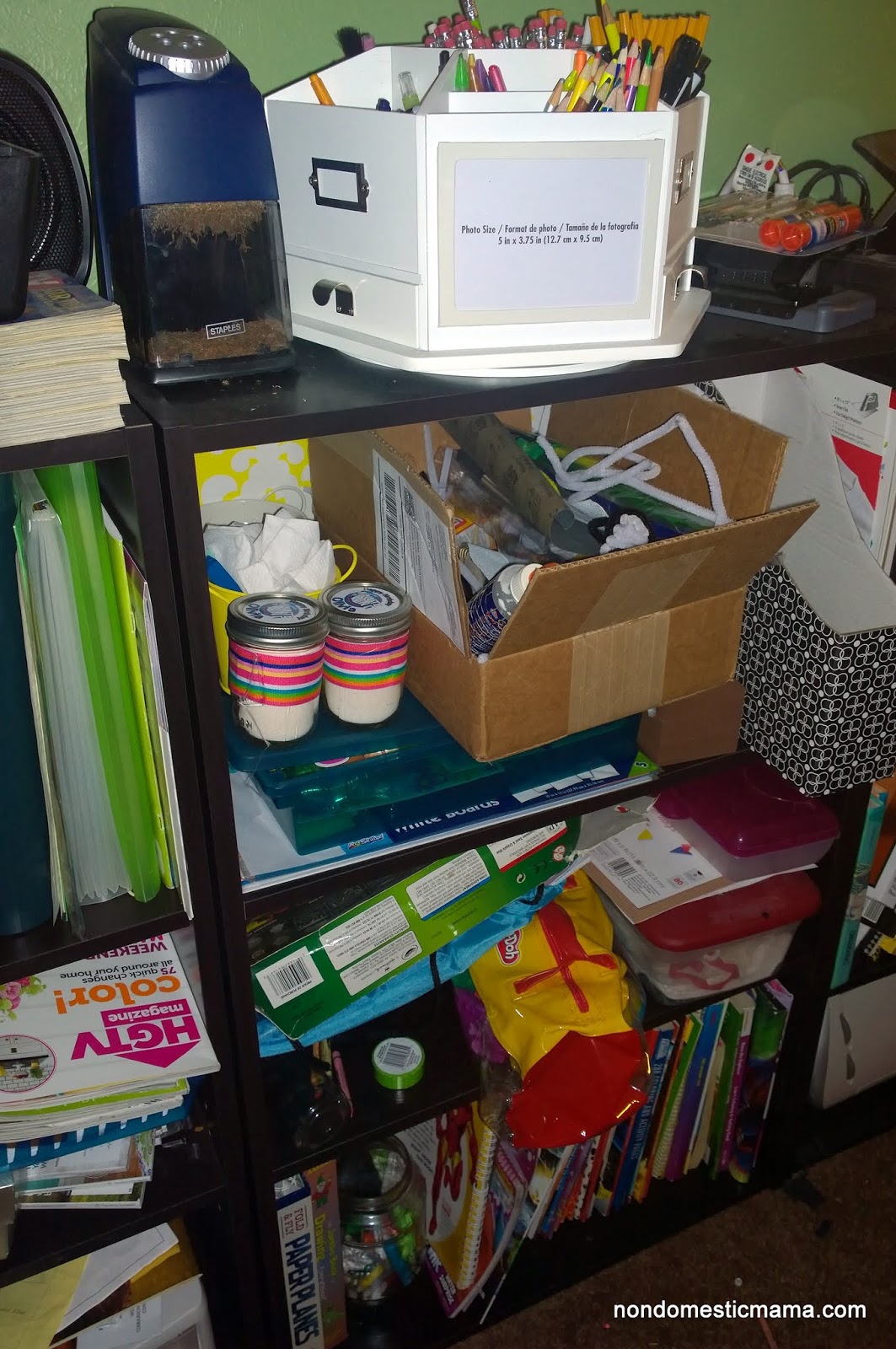 That thing was full of construction paper.  Where did it all go? 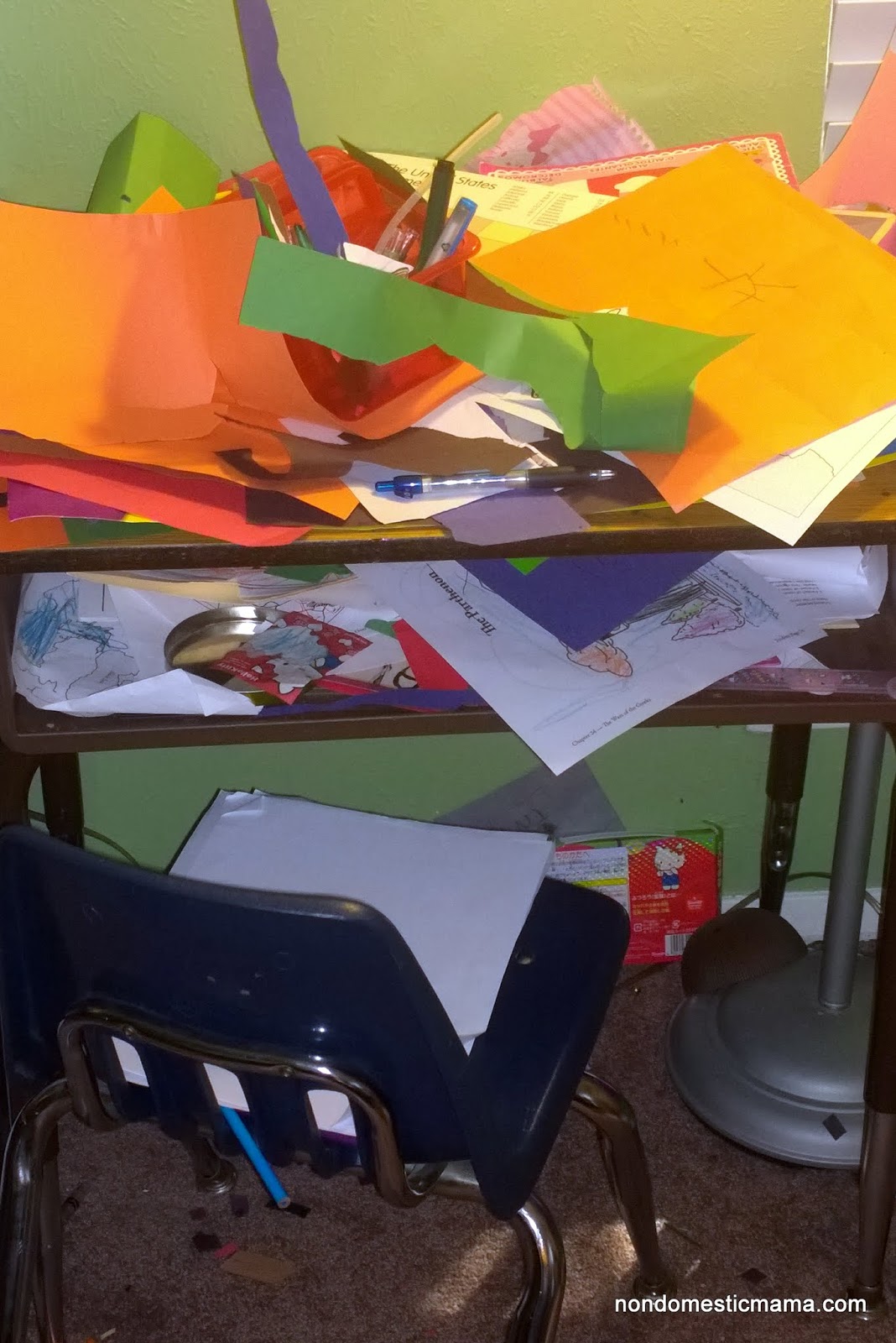 Right.  Looks like a certain Princess needs to do some de-hoarding of her own.

The art shelf was actually super easy.  Mostly just sorting and rearranging.  Not going to call it cleaning.

Threw away some trash.

Emptied out this box. 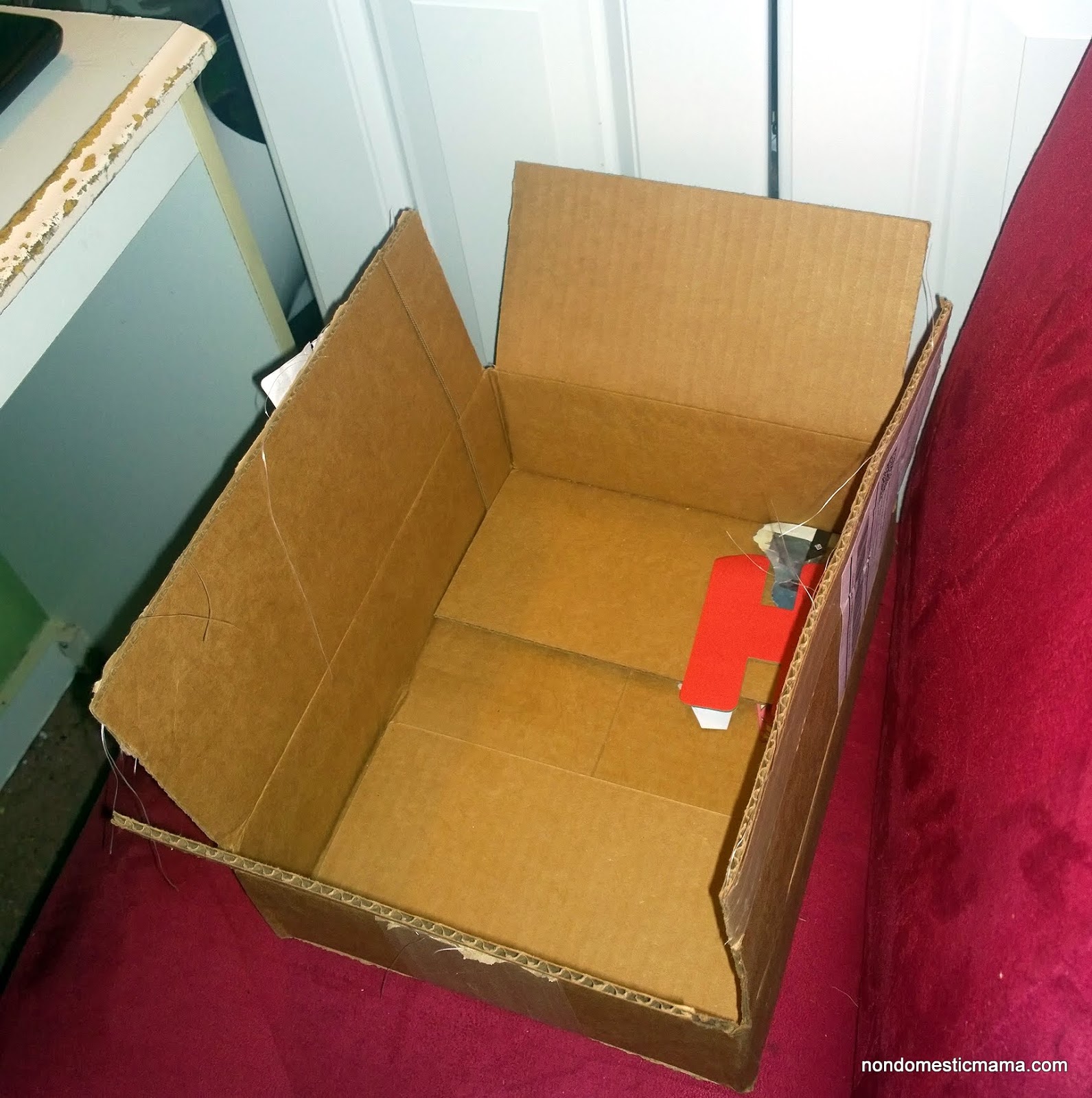 Found these little seed kits that I bought for party favors at a Little Big Planet themed birthday party.  Forgot to give them out and though they would make a good science project.  Because it always turns out so well when we plant seeds in this house.  (They always die.) 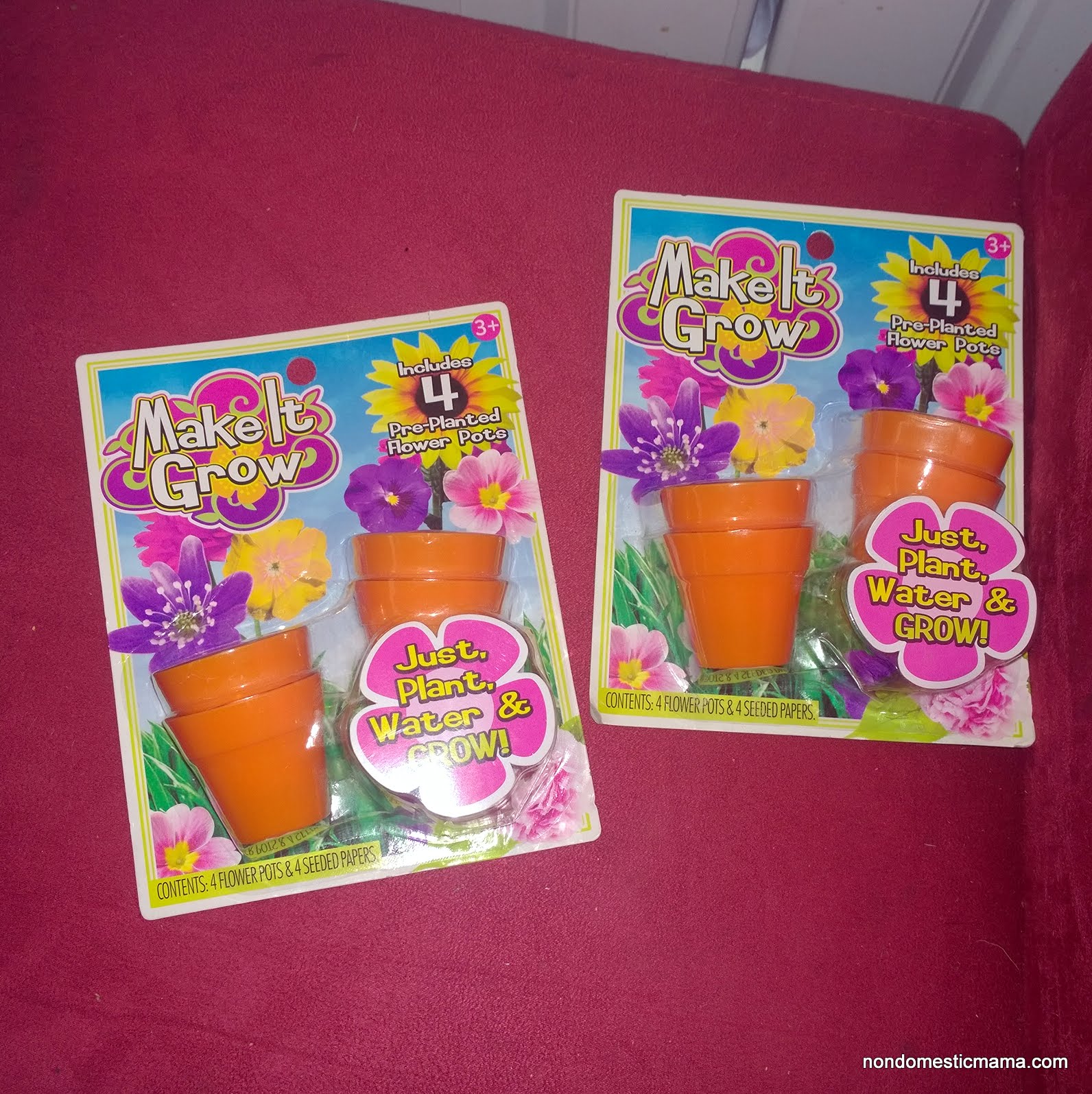 Remember that failed organization attempt I made that one time. 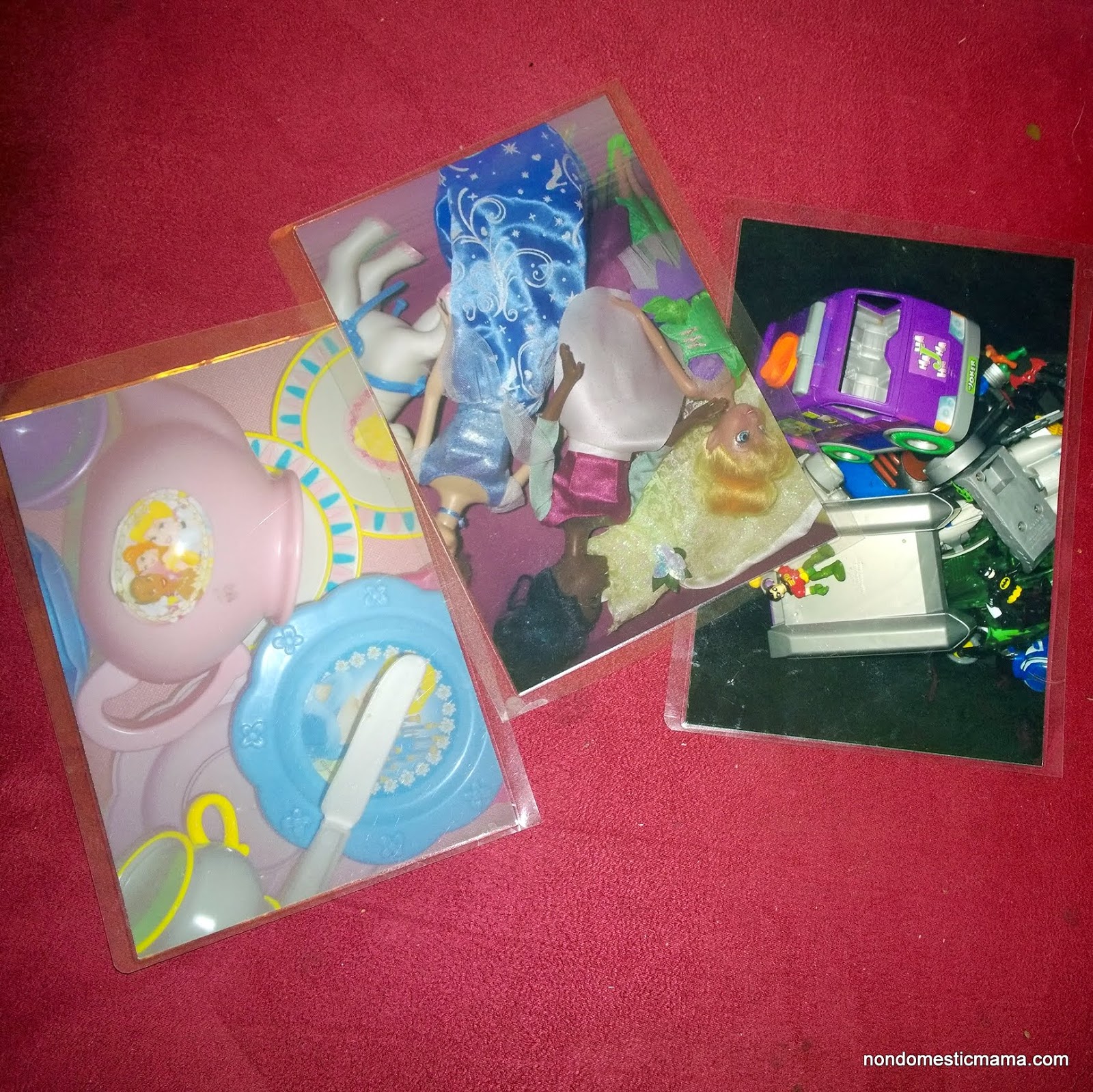 Why do I still have the laminated pictures?

I went through all the coloring books not long ago and de-hoarded all the ones that were mostly completed.  They could probably use a little more weeding through but the Princess has recently gotten back on a coloring book kick and it won't be long before Mr. Cool will be coloring too.  For now they stay. 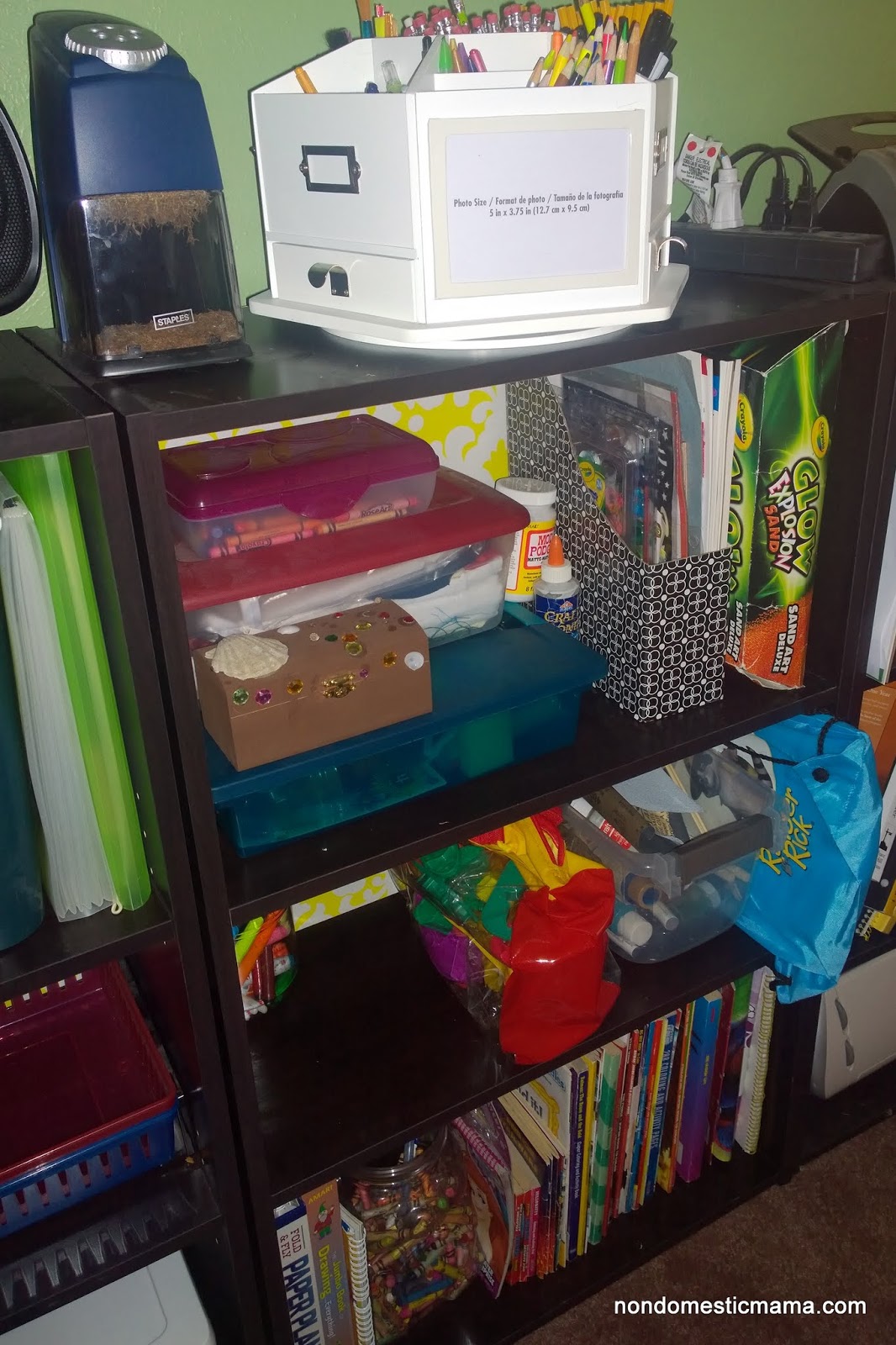 And now that all the art stuff is nicely organized, my kids remembered they have it and got right to work de-organizing using it. 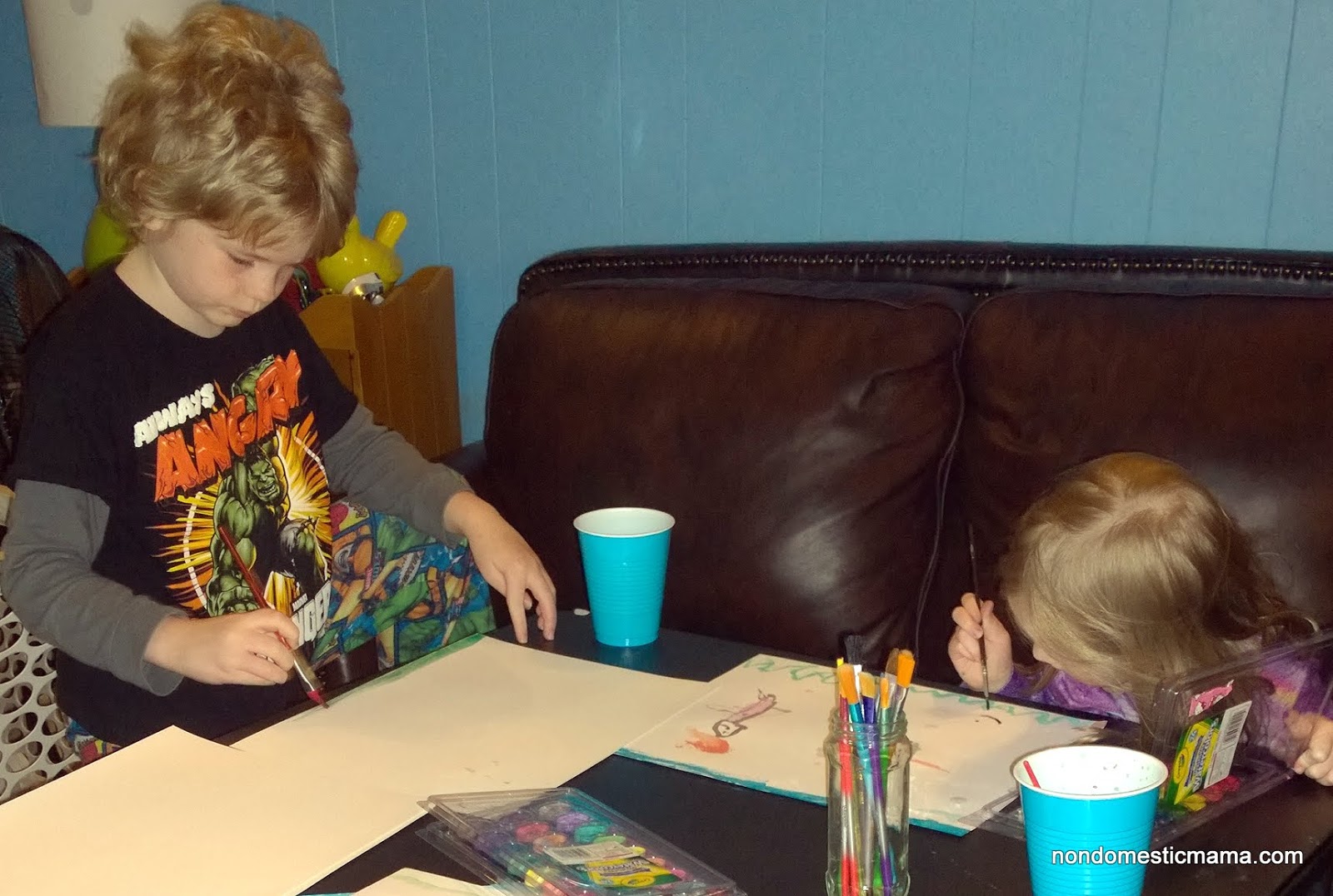 Last, but nowhere near least, the homeschool shelf itself. 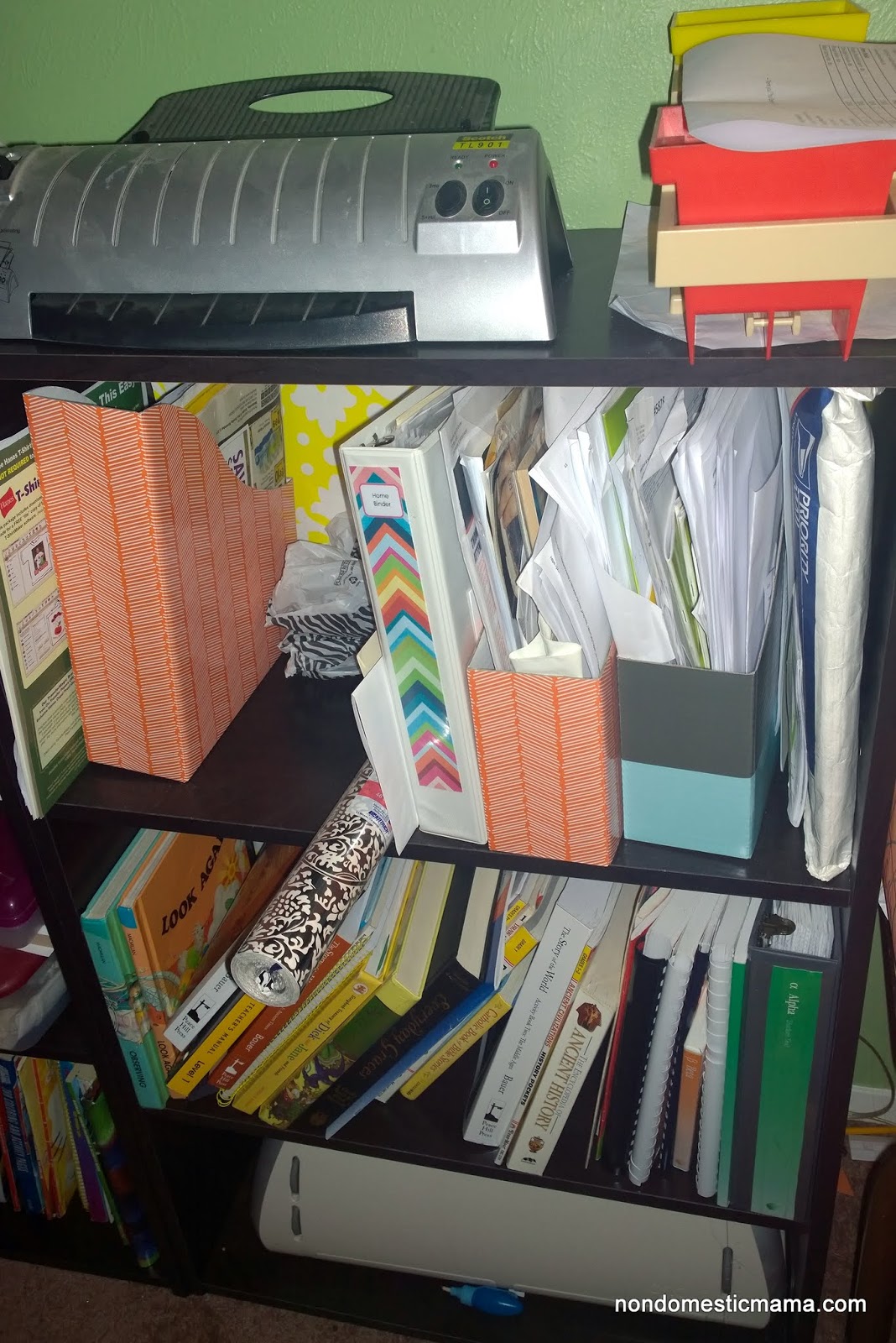 A big pile of trash, shred and recycle. 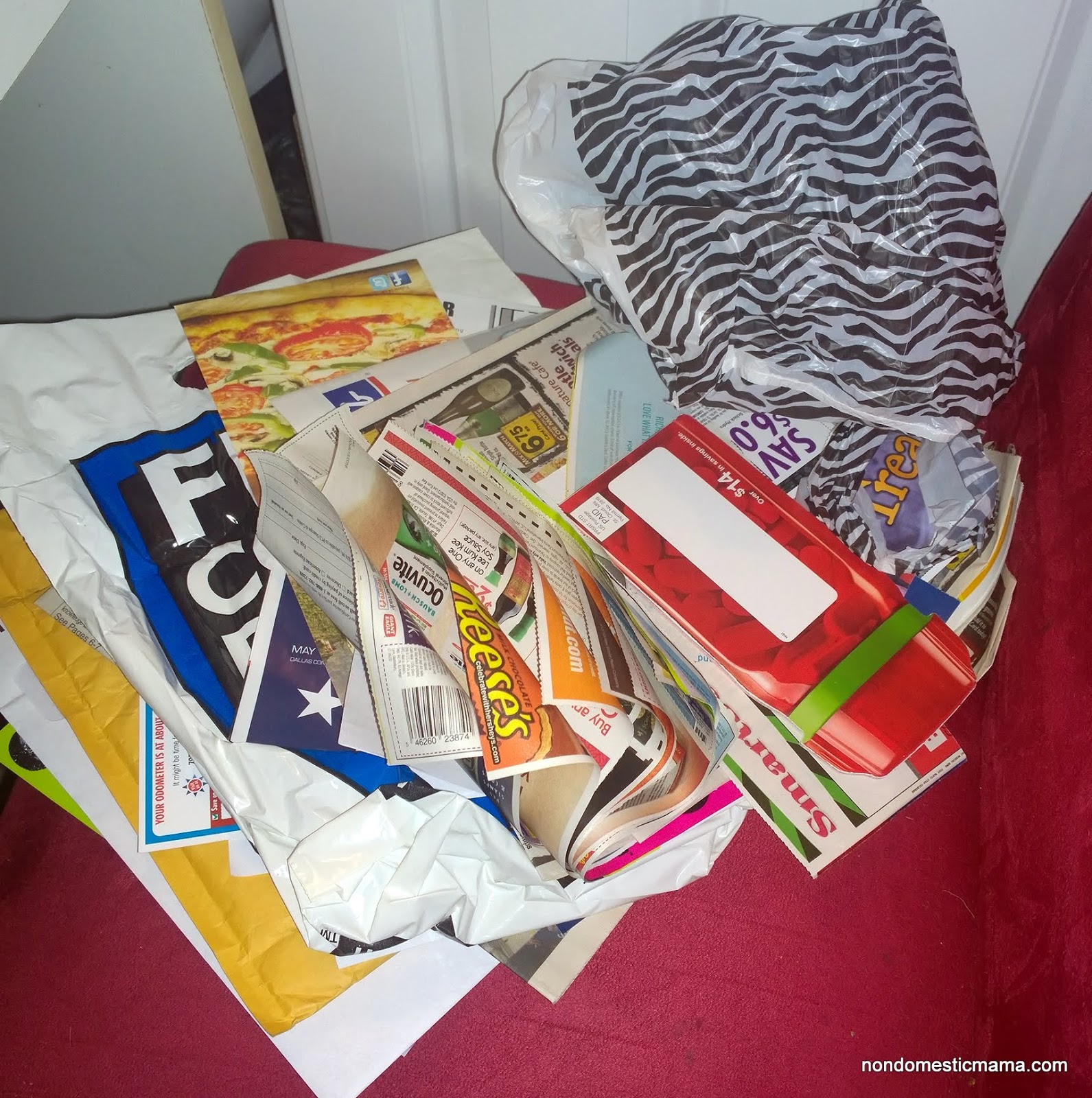 And check out what I found. 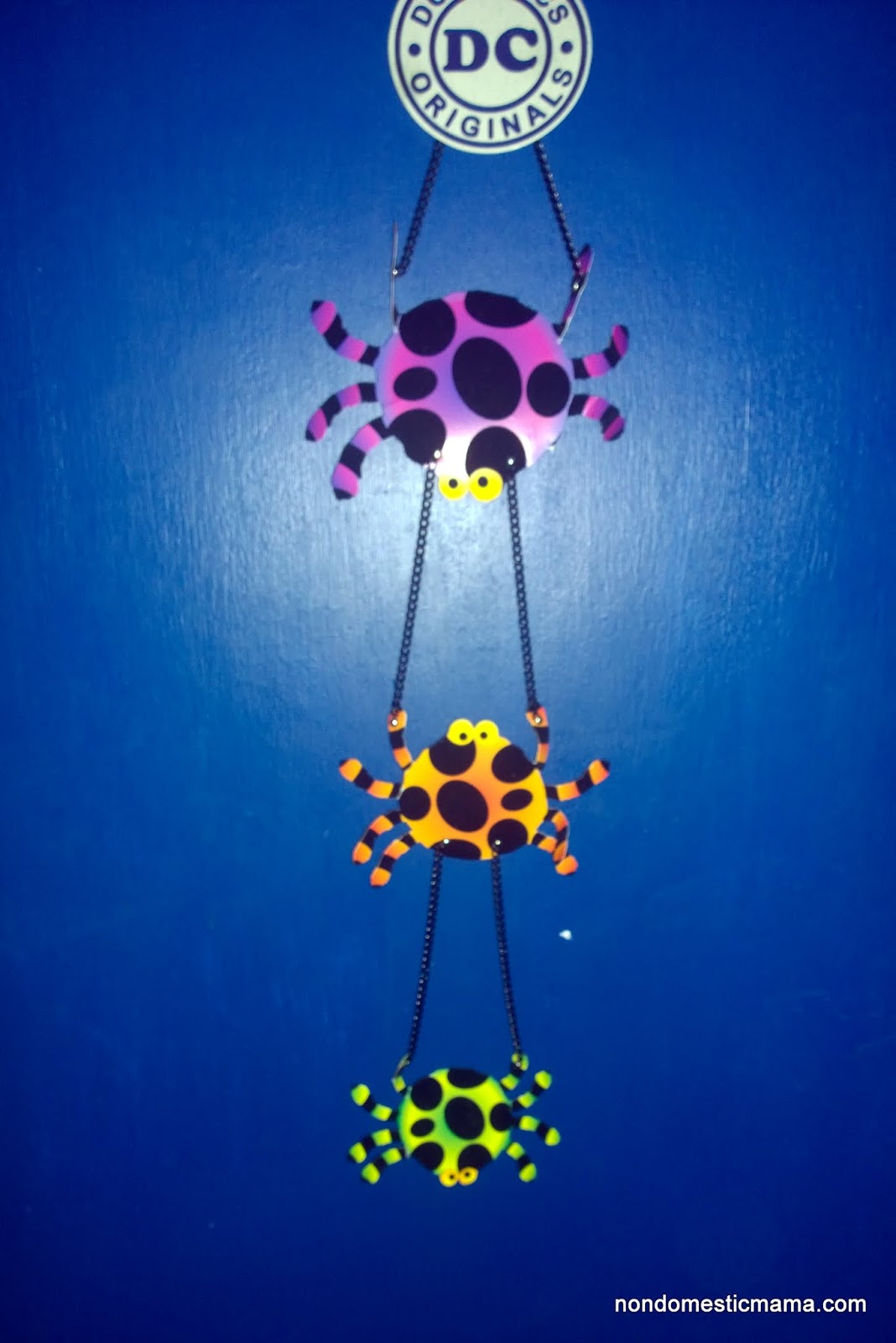 My Aunt Anne always sends the coolest cards to my kids for the holidays.  This was from one of them. 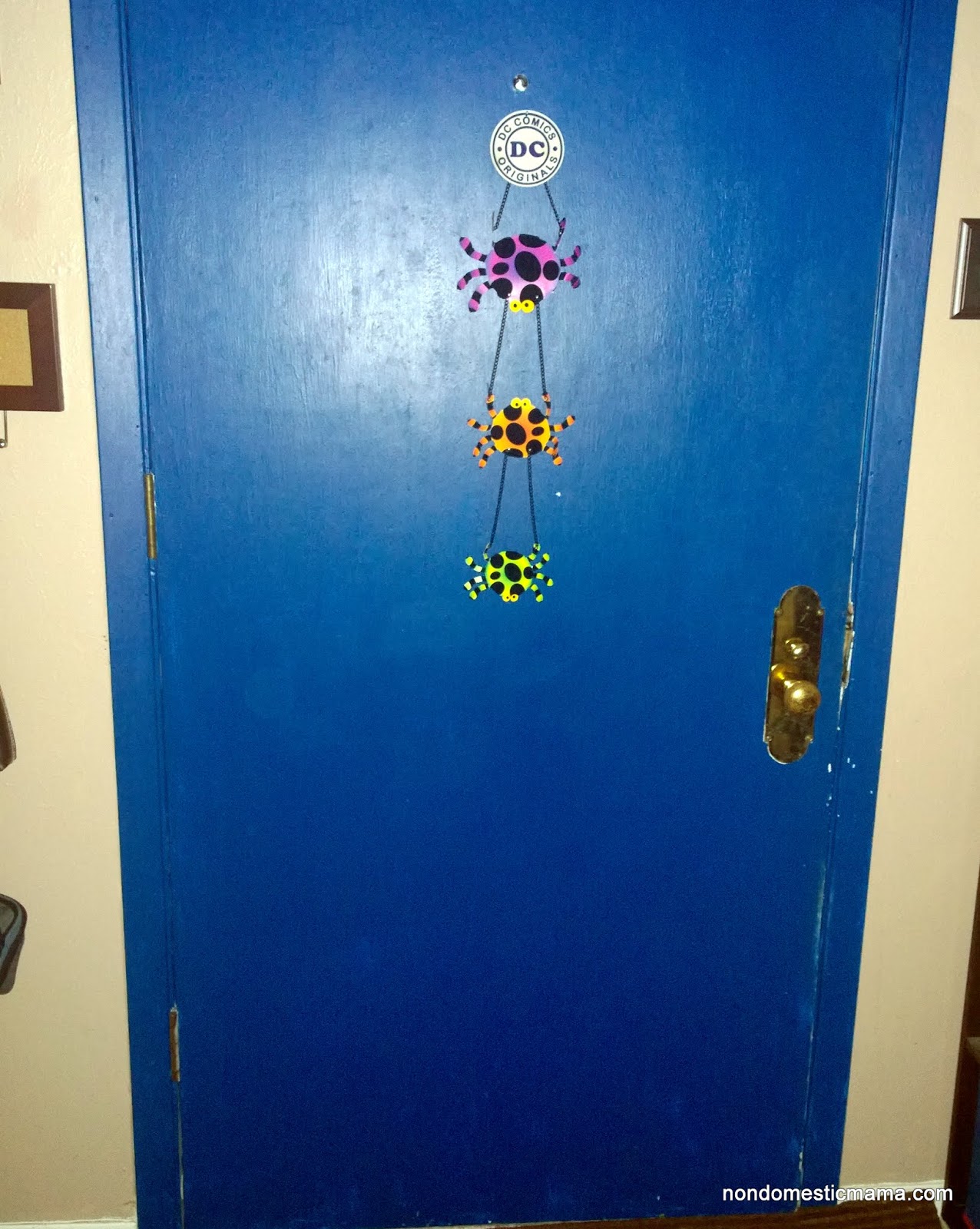 All decorated for Halloween! 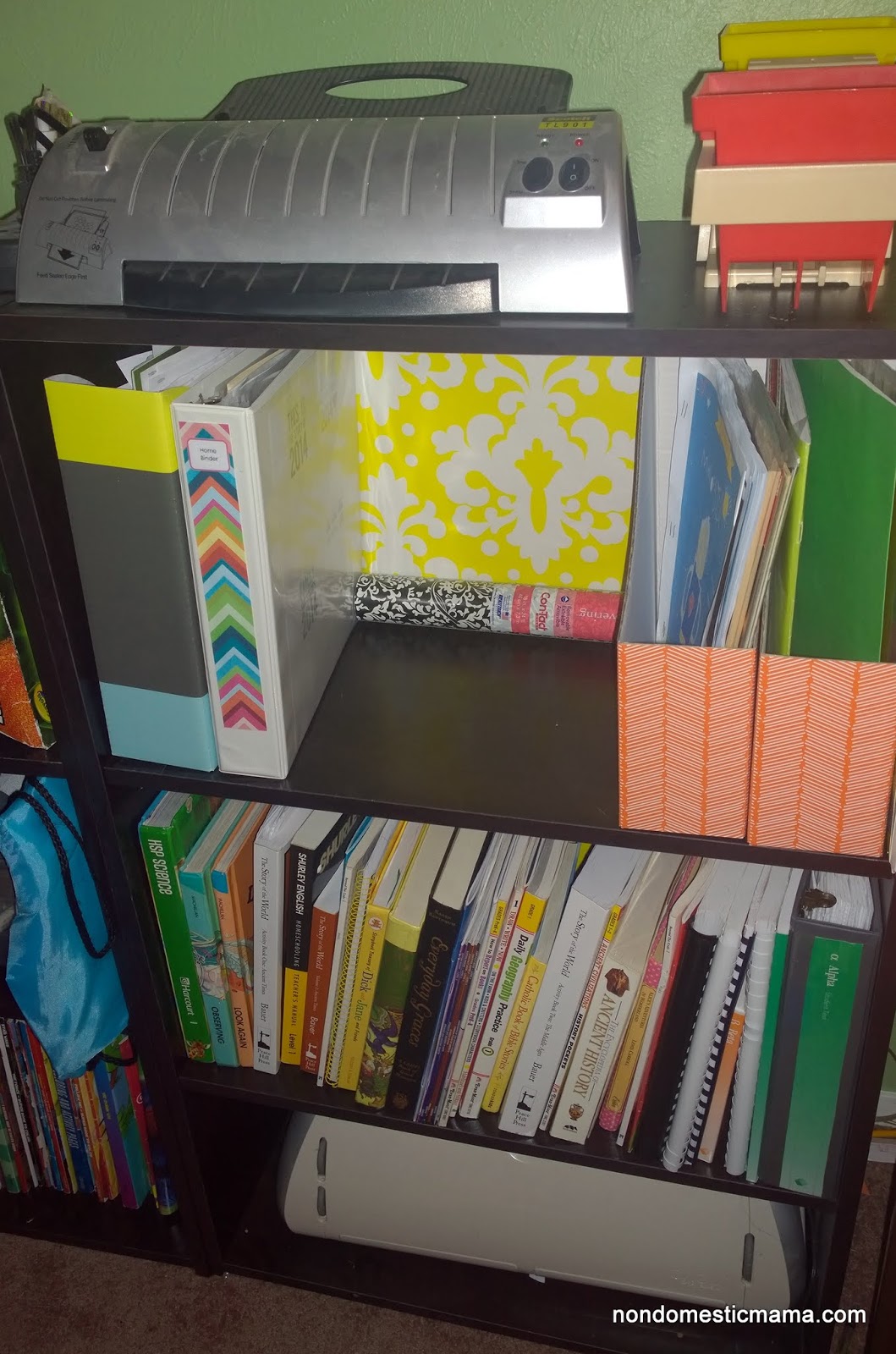 Again that shelf was much easier than I had imagined. 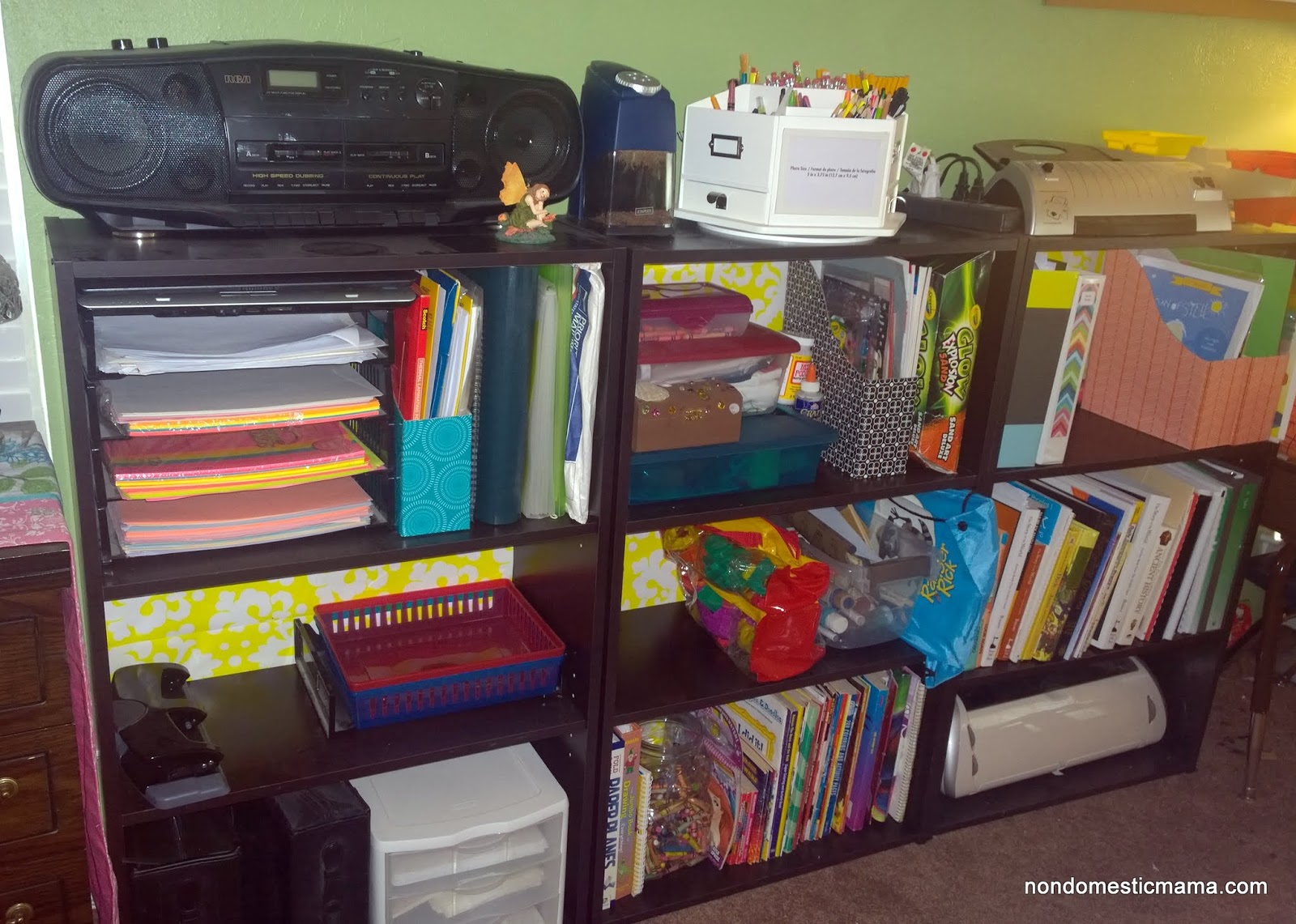 Why didn't I do that sooner??