This one has to be the most difficult de-hoarding task of all.

All the problems I have with de-hoarding combined in one horrific pile of never ending chaos.

There are the toys I have some sort of sentimental attachment to.  Aww, this is the first toy she played with after she turned 3 years and 12 days old.  Oh, and there was her favorite from when she was 3 years and 13 days...

Then there are the toys that were special gifts from someone.  So and so gave her that as a gift for her first birthday.  She should totally still have and love it now that she's six.  And so and so would never understand if she only loved it to pieces for five years!

The, that was so expensive and they never played with it and one day they will probably appreciate it, toys.

Learning toys.  If they would ever play with these they could learn something.

There are the "treasures" the kids just love the minute they see it and then totally have forgotten five seconds later.

And the minute I am in the room going through their stuff, they are in there watching my every move.

The intimidation factor.  It's so bad I don't even want to touch it.

And the ultimate futility of it all.  Give 'em five minutes and it will just go right back to looking like it did before.

Did I mention the lack of a good organization system?

Now I get to add one more problem. 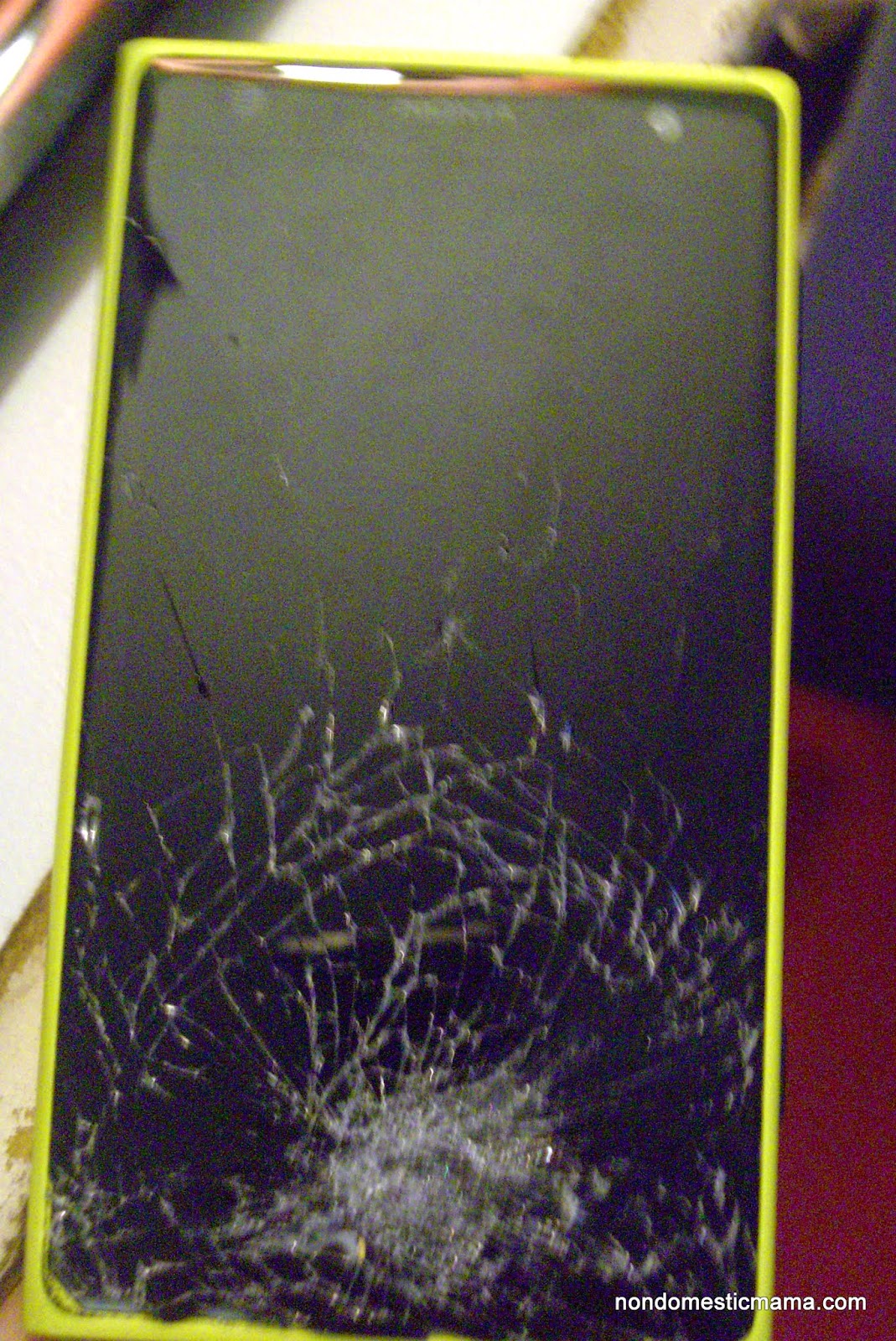 And guess what was on that phone?

Pictures.  Of my progress.


Luckily I still have the before pictures, thankfully downloaded before the epic phone smashing incident. 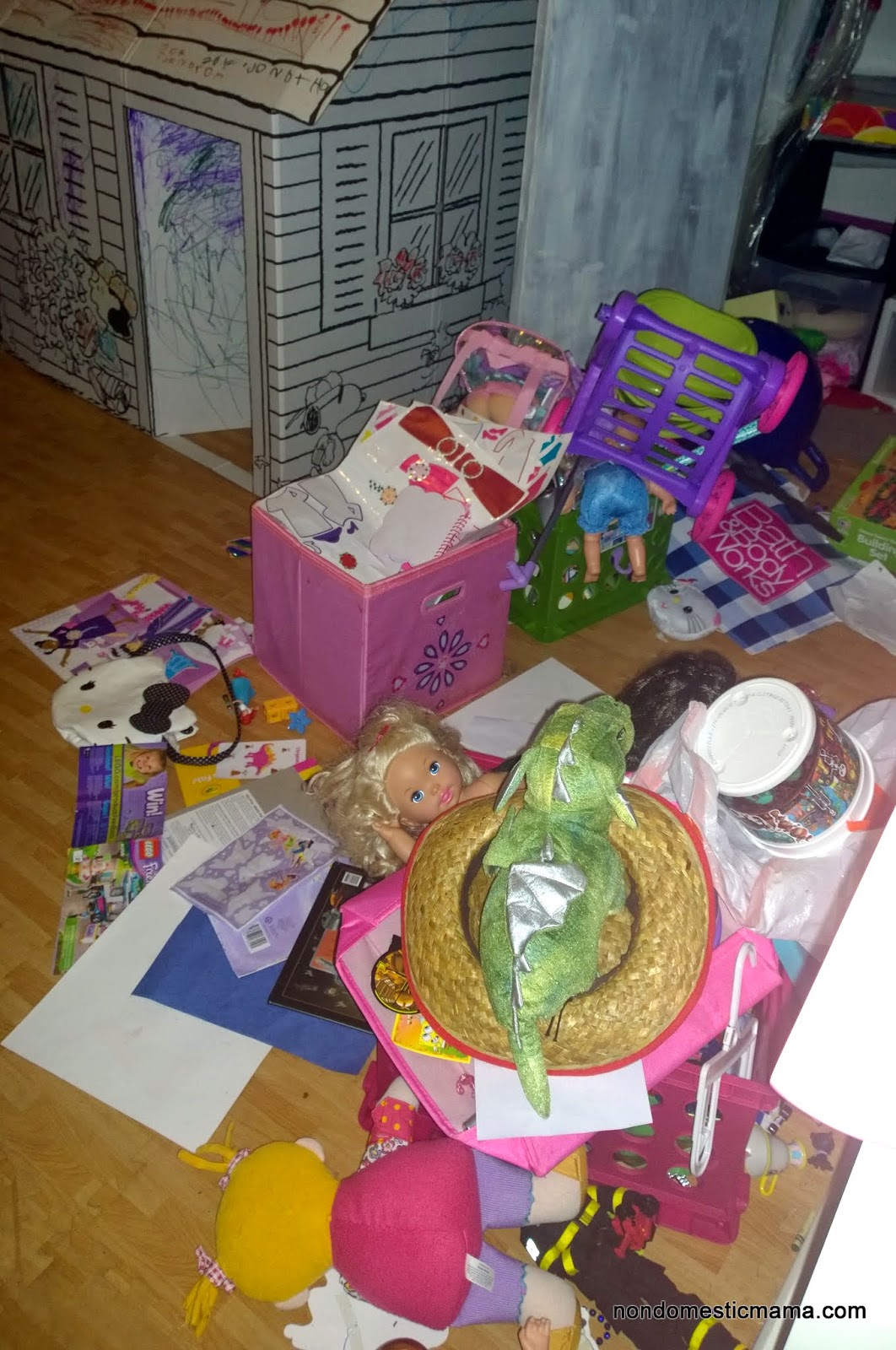 I have a confession to make about the whole organization system problem.

I have kind of talked myself into believing there really isn't a good place to put all these toys.  Because the shelf that holds the toy bins is just worn out from so many times taking it all apart and moving it out of the room for floods then putting it all back in.

The truth is that I never even really tried to put it back together properly the last time.  I just wanted something that was in one piece to make things easier.

But I have what I have so I should probably make the best of it. 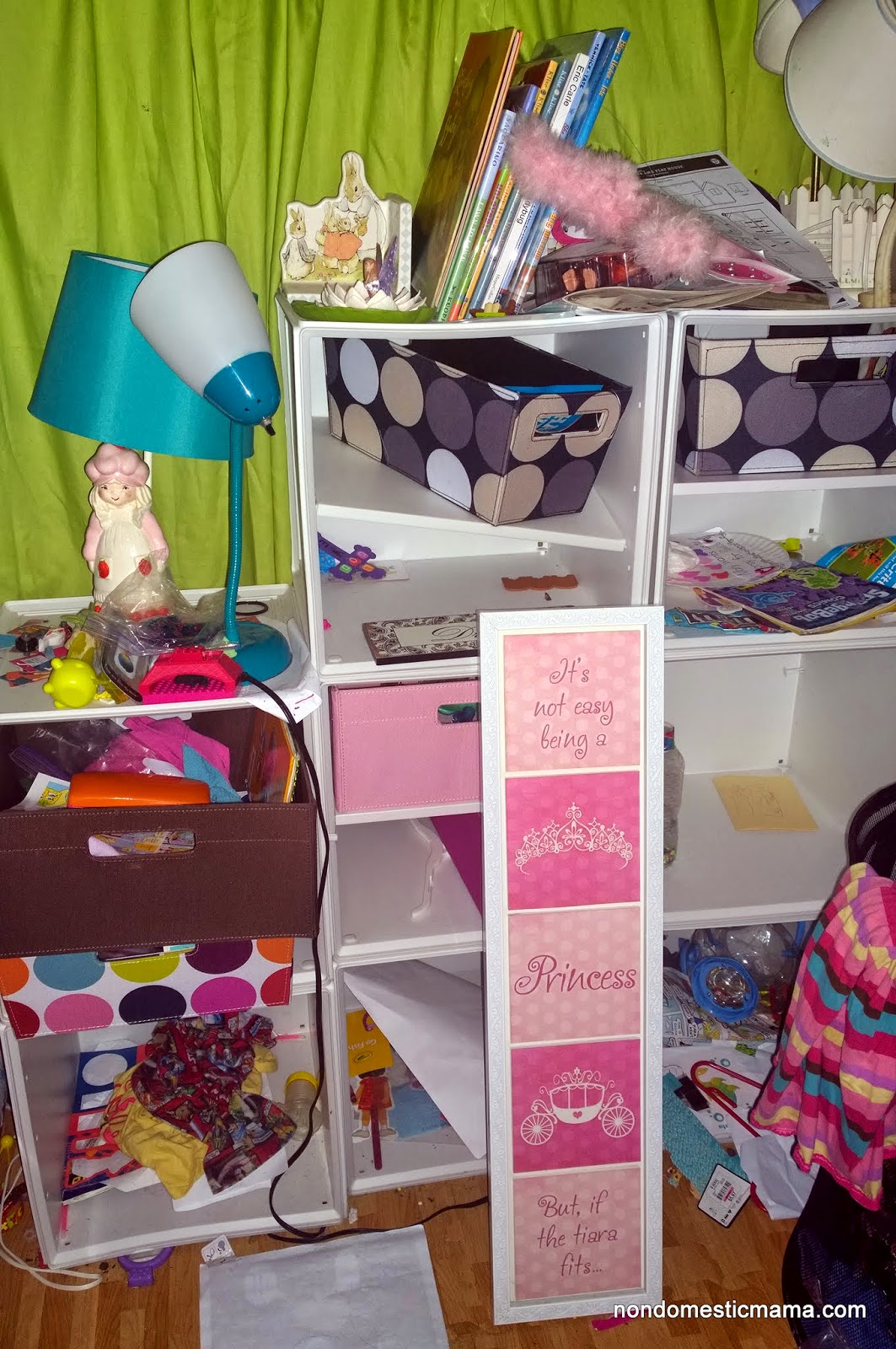 And maybe I should start by de-hoarding the toy shelf?

Like I said, all progress pictures are lost but I took in two trash bags and one had a good quantity of trash, the other got all the broken toys.  Also, anything that came from a happy meal, was missing parts, or was bought with tickets.

Two adorable Peter Rabbit lamps that were part of the Peanut's nursery decor.  Really hard for me to part with. 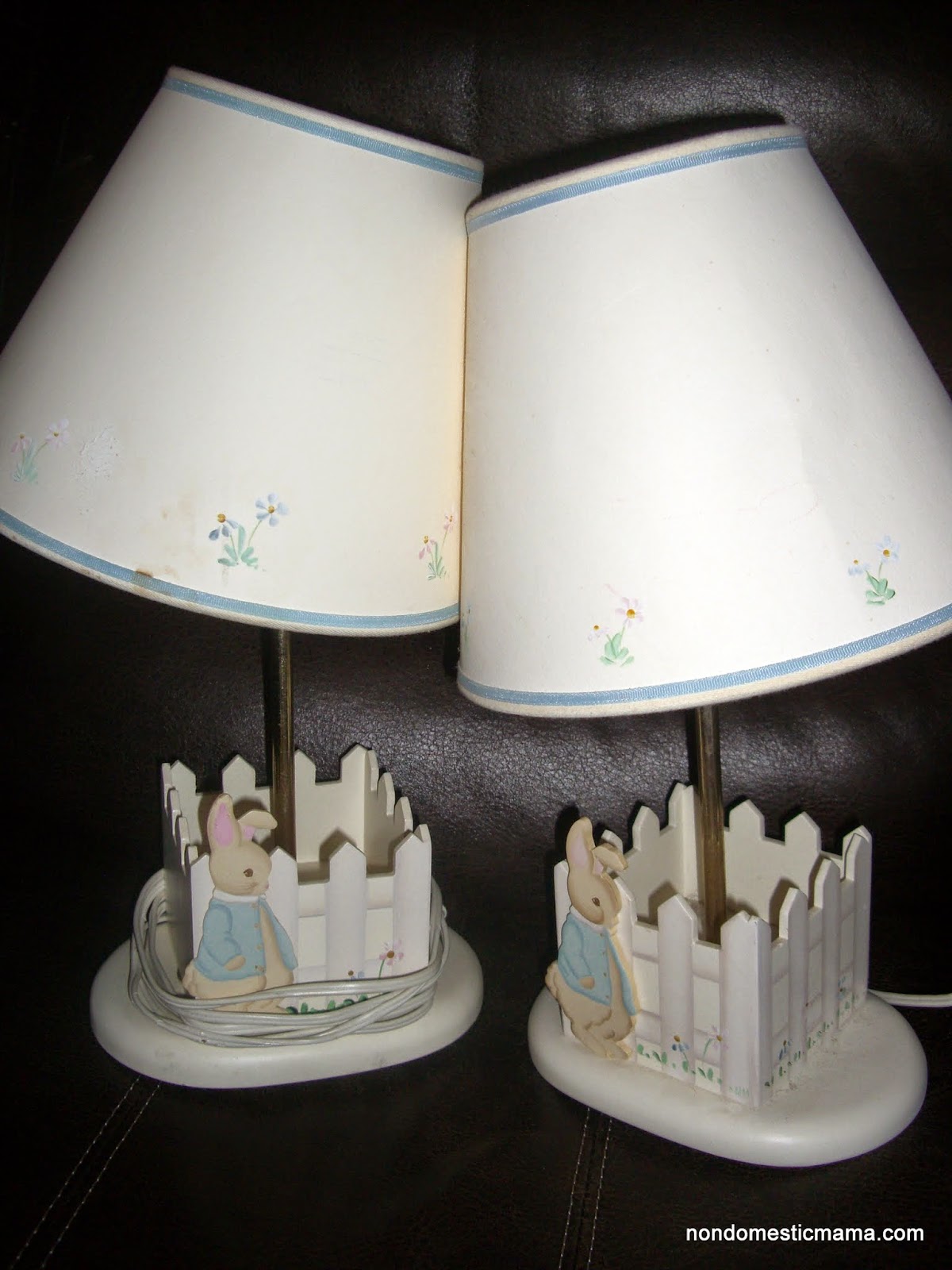 I even charged up the "old-school camera" so I could take pictures and upload them to the computer since they don't magically beam themselves there.  What? 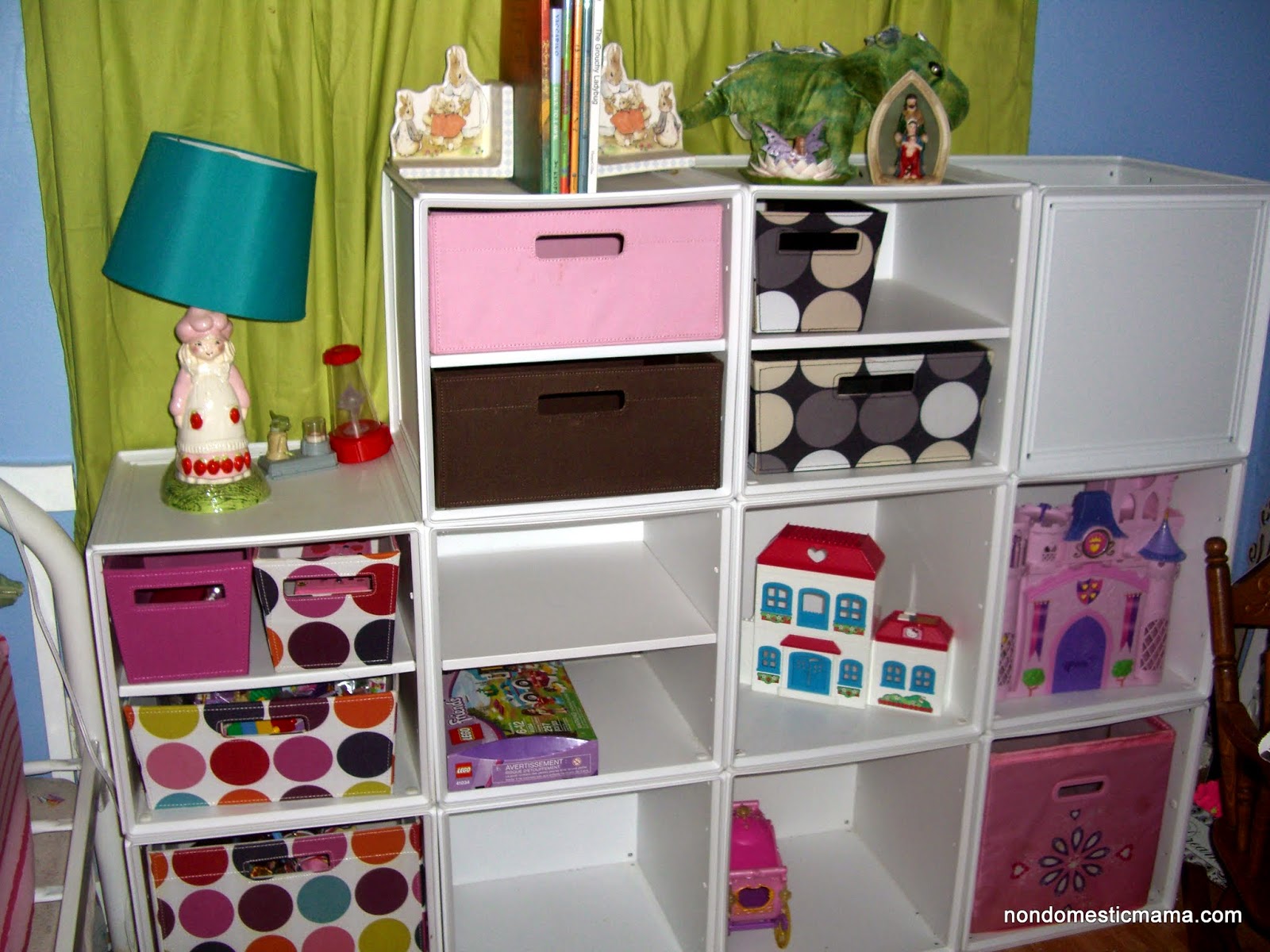 I found myself really appreciating the flexibility of the itso shelves again when I realized I could put that top right corner cube in facing up. 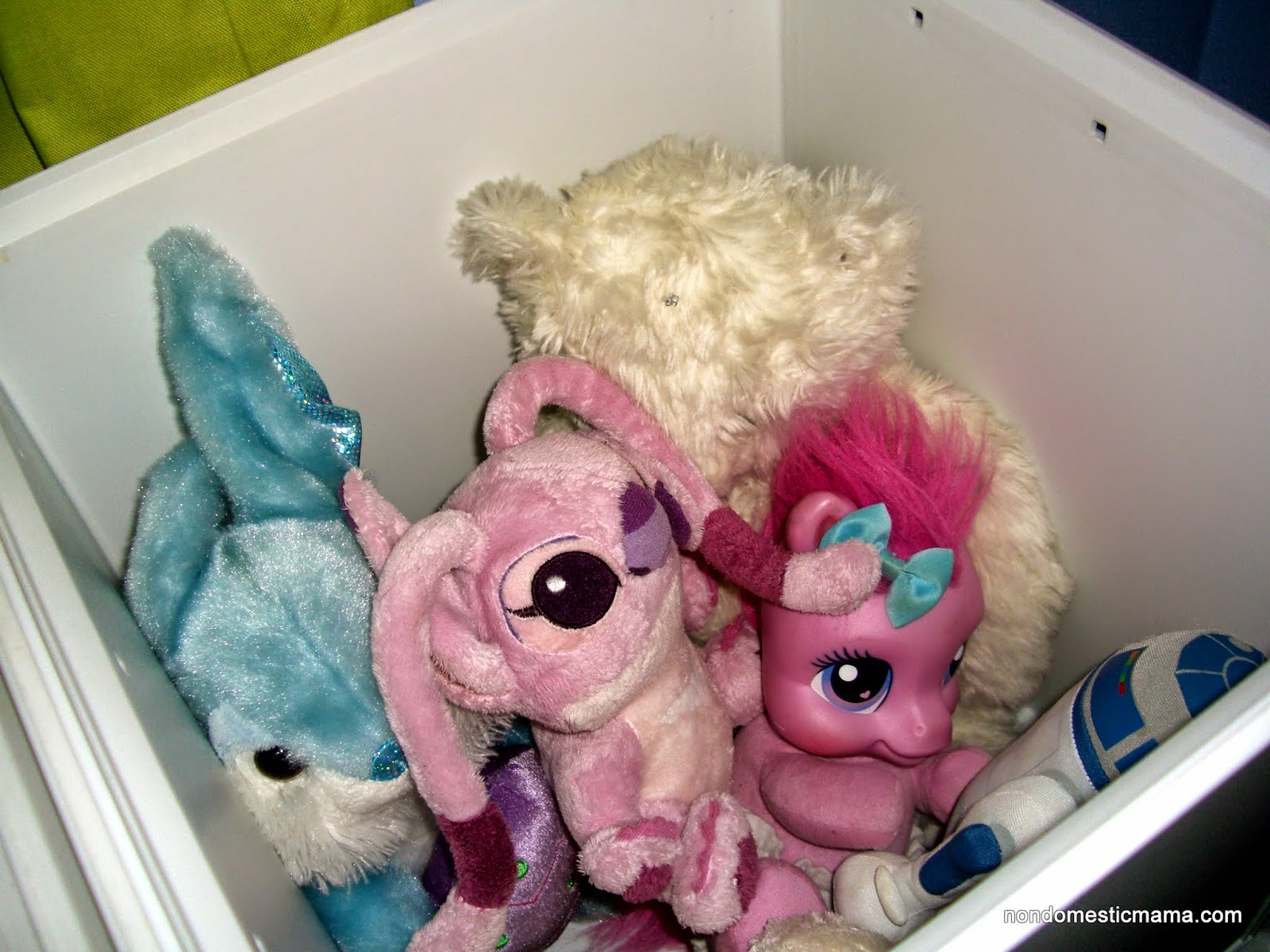 Now, I have another excuse for not finishing today. 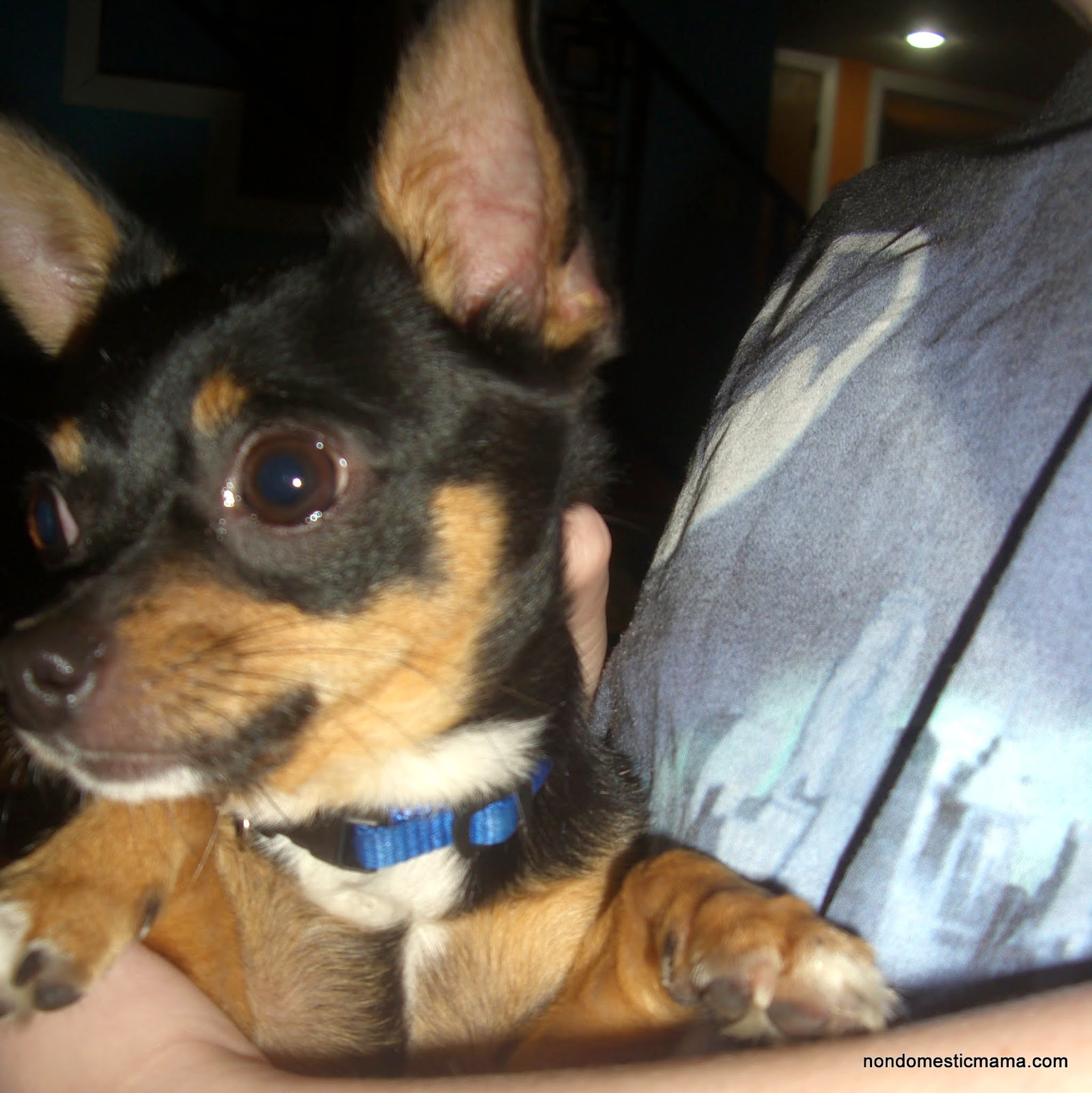 This little guy showed up on our doorstep last night.  We are looking for his owners but in the mean time he insists on sitting in my lap all day and I am just not getting much done.

Seriously, I think I am beginning to understand why people carry tiny dogs around in purses!  This lil guy does not want to be put down.  He is at my heels doing his little "pick me up" dance wherever I go and, to be fair, he does have to take about a gazillion and seven steps a second just to keep up with me.

I think this is where we will stop for today.  It's not as much as I wanted to get done but we will revisit this pile, I promise. 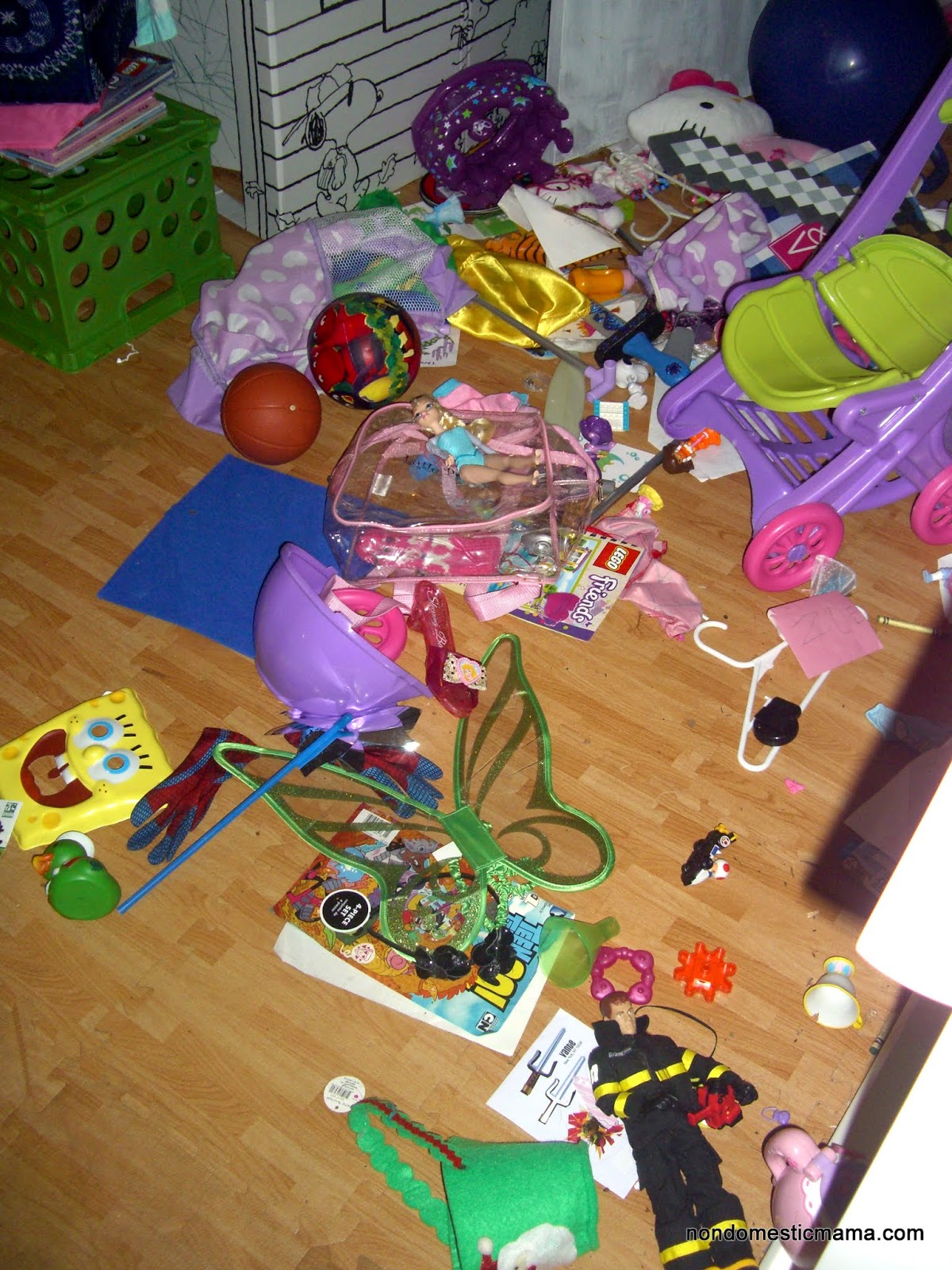 Something is better than nothing.  Right?